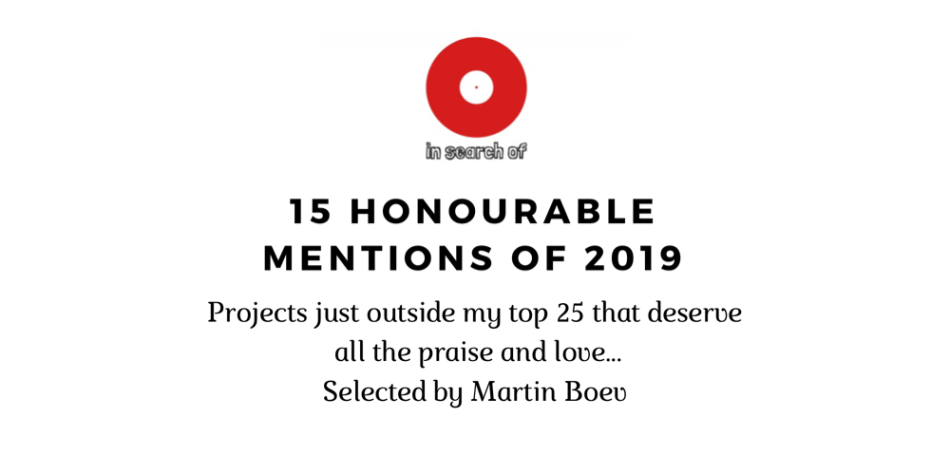 Back in 2018, “Abusey Junction” became a viral hit. The beautiful, melodic guitar-driven melody was complemented by raw and gorgeous vocals, establishing themselves as one of the most exciting new artists from London. Their debut EP KOKOROKO showcased their diverse sound and infectious energy, and is definitely one of the best jazz/afrobeat albums to come out this year. REVIEW / STREAM

Energetic, textured, beautiful, soulful and fun, NÉRIJA’s debut album Blume is one of the best jazz albums of the year. It’s a cohesive and wonderfully produced album that showcases their incredible chemistry and aura throughout. REVIEW / STREAM

Being a massive Thom Yorke and Radiohead fan, it was inevitable this project would find its way on the list. ANIMA is loud, cohesive, experimental and most importantly emotive. The last quality is what makes this album truly stand out. For the most part the sound is a thumping, skeletal and electronic one, but when you’re able to bring me to tears with tracks like “Dawn Chorus,” you know you’ve done something right. REVIEW / STREAM

Nappy Nina’s second album of the year Dumb Doubt is an incredible release, with introspective raps about identity, sexuality, politics and mental health. It’s such a beautiful, soulful album and it deserves all the love and support it can get for its honesty and relatability. One of the breakthrough artists of this year, and I hope she continues thriving in 2020. REVIEW / STREAM

King Carter has released an incredible collaborative album with a plethora of other New York and London based artists. Prayers Ain’t Enough is eclectic and experimental in its production as well as lyrically dense and introspective. It’s a fantastic body of work that deserves all the recognition it can get. REVIEW / STREAM