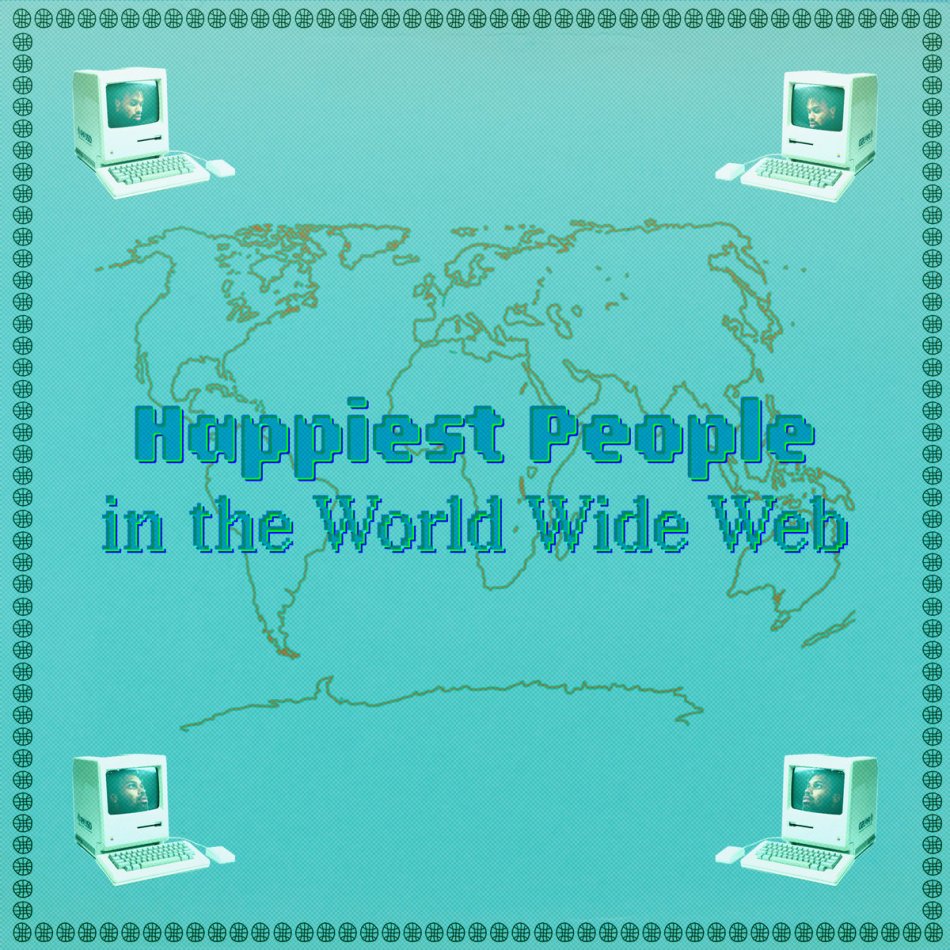 New York-based artist Adé Hakim aka sixpress has come through with a brand new album titled HAPPIEST PEOPLE IN THE WORLD WIDE WEB. I’ve been excited for this new project for a while now, as I’ve been a fan of his idiosyncratic, chopped production and his raw and inspiring lyricism. This new project is exactly as impressive as I imagined it, and I’m so happy seeing the [sLUms] member thrive.

The 24-track project is packed with different sounds, features and incredibly personal and honest moments. As suggested with the title, the theme of this album is happiness and channeling it as much as you can. As the opening, computerised monologue on “WONT FALL BACK” featuring Joygill Moriah states, “Happiness is all in the mind, you could either choose to be happy today or choose to be sad. We don’t have control over everything that happens in life, however we do have control over our decision to react. Happiness is a choice. By listening to this record you’ve chosen to break free from the mental chains of trauma and depression. Enjoy.” The energy Adé Hakim is able to bring throughout the hour on this album is infectious and positive, while highlighting how he has overcome some of the trauma and depression in his life. The production throughout the album is stellar. Tracks like “TransitWirelessWiFi” feature hypnotic drumming throughout, bringing beat and bounce to this album that really does bring an active, highly engaging tone throughout. Some of the soulful cuts on this album remind me of some old school Kanye production, such as on “Well Rounded” featuring Camden Malik and “Hey Lady.” The soul chops are beautiful on the latter one especially, as Adé Hakim rhymes beautifully over the soulful instrumental. “Let Me Know” featuring Goya Gumbani is another highlight for me, with the smooth and soulful instrumental giving a colourful soundscape for both Adé and Goya to rhyme effortlessly over it. “Buddha” featuring Taphari and his brother Master Holy is another stellar track, with gorgeous vocals that are as smooth and sweet as honey. Overall Adé Hakim shows exactly why he’s one of the most exciting voices in hip-hop at the moment with an uplifting and infectiously positive album. It’s a true breath of fresh air, and I’m really excited to witness his growth towards greatness. Great, great album!

Listen to Adé Hakim’s brand new album HAPPIEST PEOPLE IN THE WORLD WIDE WEB below via Bandcamp and don’t forget to support!