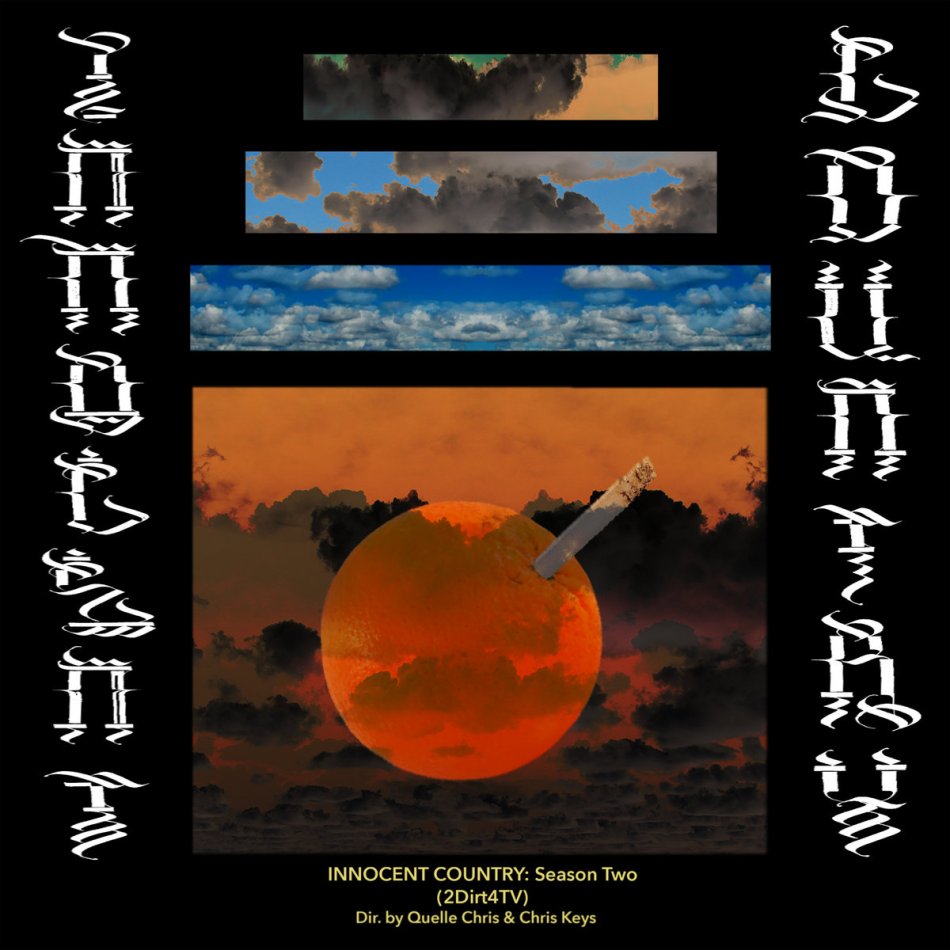 Quelle Chris has been the only artist I’ve placed in 3 consecutive ‘Albums of the Year’ lists since I launched the website in 2017. His witty and oddball delivery, coupled with his exceptional lyricism makes him one of the best emcees of the last decade. As a producer, his sound ranges from soulful and hypnotic to dark and eclectic, as exemplified on 2017’s Being You Is Great, I Wish I Can Be You More Often, 2018’s Everything’s Fine with Jean Grae and 2019’s Guns. All these albums are underground classics to me and are testament to Quelle Chris’ range as a musician. Chris Keys, on the other hand is an exceptional California-based producer who has worked with Quelle Chris on numerous occasions, who’s versatile sound has complemented Quelle’s quirky personality. This was exemplified to the fullest on their 2015 collaborative album Innocent Country, a soulful yet hard-hitting body of work that is equally as cartoonish as it is serious and introspective. A whole 5 years later, the two musical polymaths have released their highly anticipated follow-up, Innocent Country 2, a vast and densely produced body of work that is bound to be the 4th consecutive album to appear on my end of year list. It’s a colourful and soulful body of work that focuses its energy on bringing light among darkness, rather than the more pessimistic and unassuming energy found on their first collaborative album.

To say this album is good is a heavy understatement. The lavish, rich and textured production throughout the 16 tracks on the album is stunning. Chris Keys really exceeded expectations, and I couldn’t be happier that he’s got the opportunity to showcase his talents again. He channels a Dilla-like energy through incredible drums and keys throughout that capture an ethereal aura that sounds truly awe-inspiring and beautiful. After the dark opener “Intro / Recap,” the album blossoms into the gorgeous “Outro / Honest” featuring Marcella Arguello. Its angelic soundscape makes it perfect for Quelle Chris to reflect on a failed relationship and heartbreak, making for a reflective and introspective track. Quelle’s growth and maturity as an emcee is to be commended, as his potent words strike a chord with me on this project unlike anything he’s ever done. The colourful and rhythmic “Living Happy” with Joseph Chilliams and Cavalier is a wonderful track that captures a groovy and upbeat energy that’s just infectious in every single way. “Sacred Safe” with Merrill Garbus, Cavalier and Homeboy Sandman is an incredible track, with beautiful keys, gentle synths and an incredibly rhythmic groove. Cavalier’s verse about self-love and growth is incredible to me, as his flow and delivery pierces through the gentle instrumental. Similarly to this track, “Black Twitter” with Mosel and Nelson Bandela contains a colourful, synth and key-led melody and an uplifting, positive message about black love and identity. “Sudden Death” features another cacophony of keys, basslines and drums, with Quelle Chris’ playful vocals adding a soulful touch to it. “Make It Better” is a gorgeous, guitar-led track featuring a brilliant, confident vocal contribution from Starr Busby and a reassuring, uplifting message of speaking positivity and good change into existence. “Graphic Bleed Outs” with Merrill Garbus and Melanie St. Charles has a blissful, gorgeous instrumental that bursts into life, and a raw, introspective verse from Quelle. “Mirage,” featuring Earl Sweatshirt, Denmark Vessey, Merrill Garbus and Big Sen is my favourite track on the album. With gentle keys and an ethereal, reflective tone, this is a stunning, contemplative record, with incredible verses, especially from Earl and Denmark Vessey, who really shine in the most inspiring and transcending manner. The empowering spoken word piece by Big Sen is also needed. “When You Fall…” featuring Nappy Nina, Fresh Daily and 5ILL is another incredibly lush and layered track, with verses about rising up after you fall, another inspiring, positive and uplifting message. That’s basically the tone of the entire album, with a few exceptions. “Bottle Black Power Buy the Business” features a harsher, more menacing beat, as Quelle Chris’ anger towards white institutions trying to bottle black businesses and take ownership over black ideas pierces through the eerie instrumental. “Grease from the Elbows” featuring Pink Siifu and billy woods (who really should have had a verse), is similarly dark in its sound.

On the whole, however, this album is a blissful listening experience. Quelle Chris and Chris Keys have released an incredibly lush, layered and textured album with contemplative, introspective and inspiring raps from Quelle and the plethora of incredible features throughout. It is the embodiment of pure spiritual energy, with uplifting and ethereal sounds that capture so much soul and beauty that it fills me with joy and genuine feelings of happiness and serenity. Thank you for this album, and wish you’re all safe and healthy during this time. Much love!