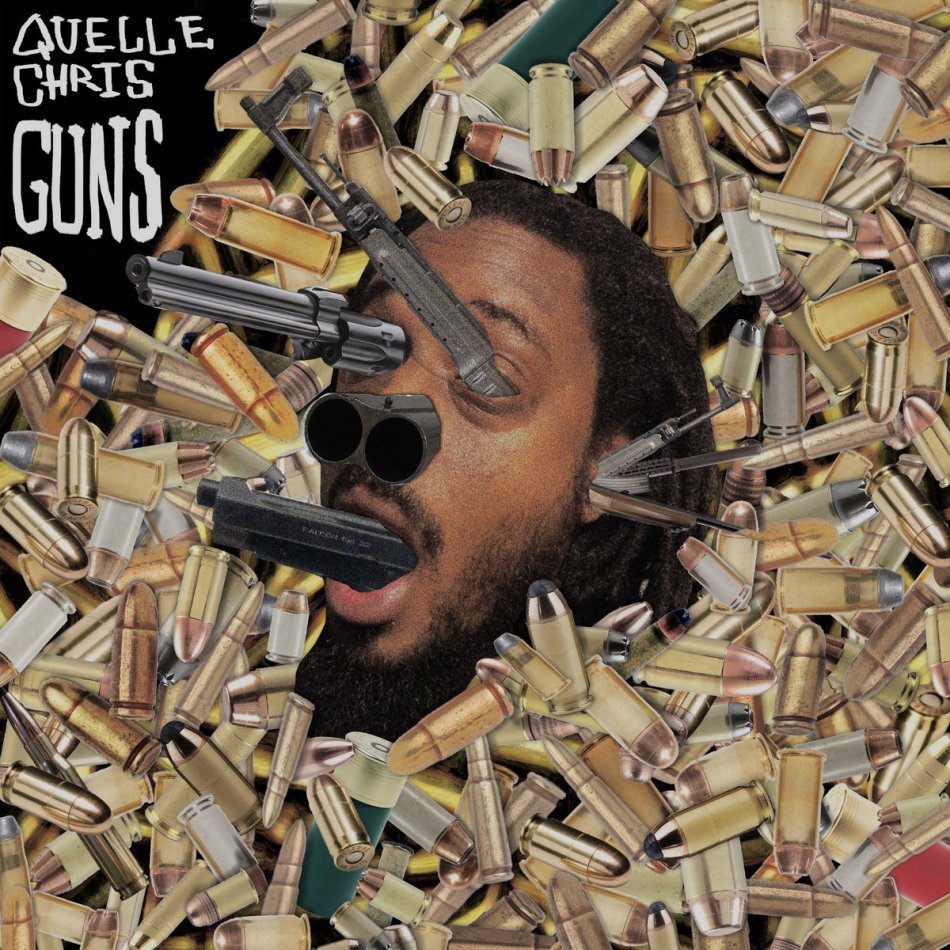 Detroit-based musician Quelle Chris has released some of my favourite albums over the last few years. In 2017, it was his excellent Being You Is Great, I Wish I Could Be You More Often and in 2018 it was his incredible conceptual collaborative effort with his spouse Jean Grae titled Everything’s Fine. In 2019, we have Guns, a dark concept album studying questions regarding the politicization of guns and the social implications of that. Rather than it being a satirical look at these questions as with his previous releases, Guns feels much more sombre thematically, making it a dark and heavily introspective and reflective listen.

The majority of the production on this album is handled by Quelle himself, with additional production from Dane and Chris Keys. On the self-titled track, Quelle had stated that “at its core it’s about things that can be weaponized for good or evil, including ourselves.” The smooth keys and percussion make it a smooth listen, despite its heavy lyrical themes. “Wild Minks” features Mach-Hommy, an incredible New Jersey rapper who’s dark and gritty delivery and lyrics makes for a captivating verse. The next track, “Box Of Wheaties” is my favourite off the album. With its smooth and soulful groove, Quelle and Denmark Vessey rhyme satirically, with Quelle’s verse, symbolizing, at least to me, our obsession of advertising everything around us, with a fun verse about putting himself on a box of Wheaties. I dunno, it’s a lot to digest at once, but what Quelle is able to do is bring a unique, captivating energy to his music, both from the phenomenal production and his clever lyricism. “Straight Shot” is another highlight, with its jazzier, key-heavy track that features Cavalier, Bilal Salaam, Eldar Djangirov and the one and only James Acaster. “Obamacare” is a dark and sinister political track with a phenomenal music video to accompany it, and the album closes with “Wyrm” a smooth and contemplative track, a beautiful way to end a phenomenal album.

Stunning, captivating, raw and totally eclectic. Those are the words I would use to describe this mesmeric album. Quelle Chris completely exceeds expectations with this release, and continues consistently releasing classic material. So a big shoutout to him and everyone involved with this album. You can listen to Guns below via Bandcamp, and don’t forget to support! Released via Mello Music Group.