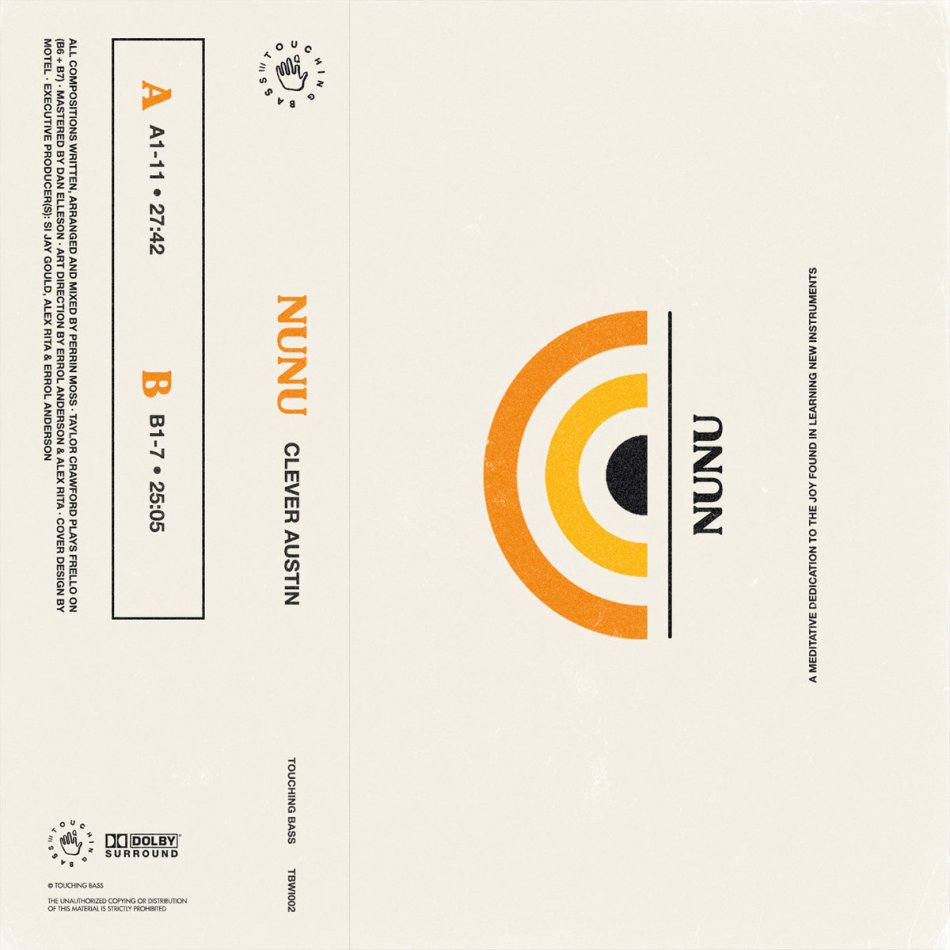 Australian drummer and producer Clever Austin has released his second project for Touching Bass this year titled NUNU. Following his excellent release Pareidolia, the talented artist has established himself as one of the most exciting voices from down under. The soulful, intricate and vibrant sound he creates is just incredible, so I was excited about this new project.

The project is divided into two different sides. “Side A” focuses on guitar-driven melodies, while “Side B” emphasizes piano-driven melodies. It’s a meditative release that perfectly captures an angelic aura, as he brings soothing and beautifully arranged compositions. “A4” has harsher guitar plucking throughout, while “A6” is a dynamic and beautiful track. The last few tracks off “Side A” feature synth-heavy electronic compositions and subtle guitar leads that add warmth and texture to the record. “Side B” is stunning from the get go, with gorgeous piano keys that sound emotive and absolutely stunning. Overall, the meditative tone and aura of the project is just superb, and I’m super excited to hear what this man has coming next.

Listen to Clever Austin’s new project/mixtape titled NUNU below via Bandcamp and don’t forget to support! Released via Touching Bass.