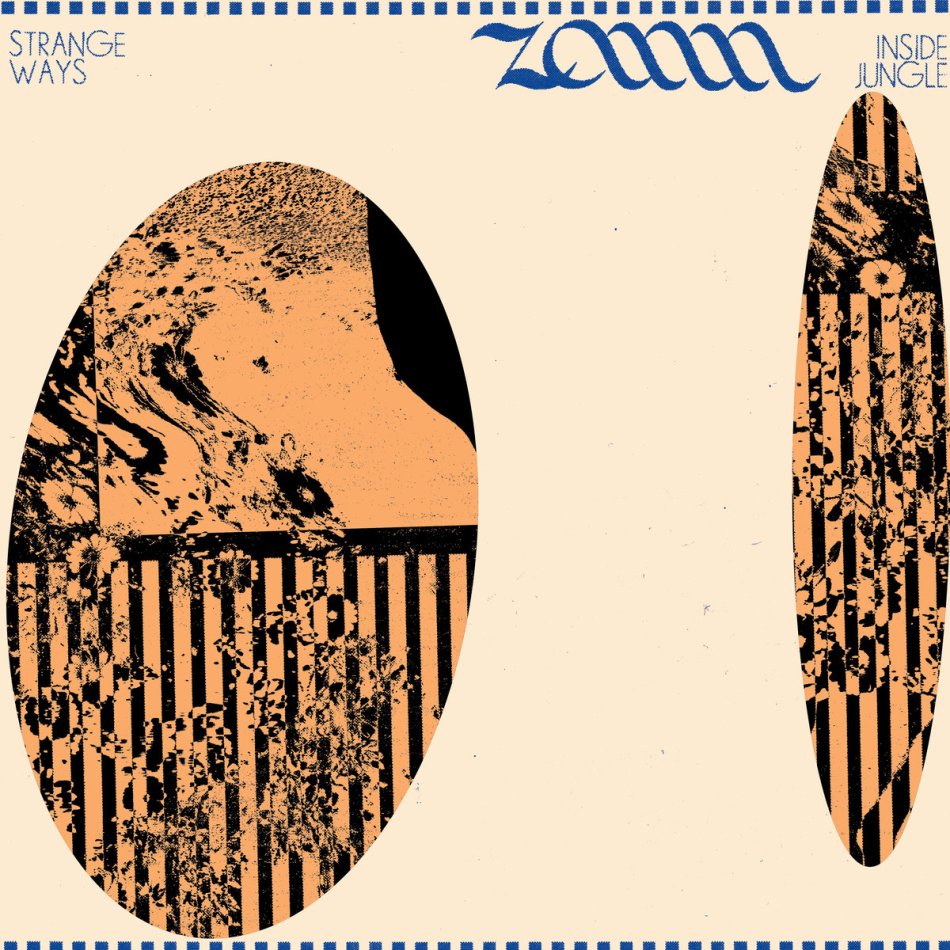 Zann were a German band consisting of 7 members and founded in 1982. They were an outlet for more experimental music, influenced by the likes of Brian Eno’s collaborations with David Byrne and Jon Hassell, German bands like Embryo and Dissidenten, David Sylvian and middle & far eastern music.

Strange Ways / Inside Jungle was one of their eclectic works of genius, but had a very limited vinyl release when it was finished in 1990, only being distributed in certain record shops in Germany. Now reissued, we finally get to hear their incredibly intricate and wildly experimental compositions. From the Middle Eastern inspired “Caravan,” featuring heavy percussion and folk-guitar instrumentation, to the darker, more synthesized sounds of “Gaya’s Gone,” the band have been able to create an unsettling yet fascinating soundscape that brilliantly captures their talents and perfect chemistry between one anther. Overall, it’s a terrific hidden gem that perfectly captures a mood at sound that is both meditative and absolutely stunning. A great reissue!

Listen to Zann’s 1990 album Strange Ways / Inside Jungle below via Bandcamp and don’t forget to support! Re-released via Isle Of Jura Records.