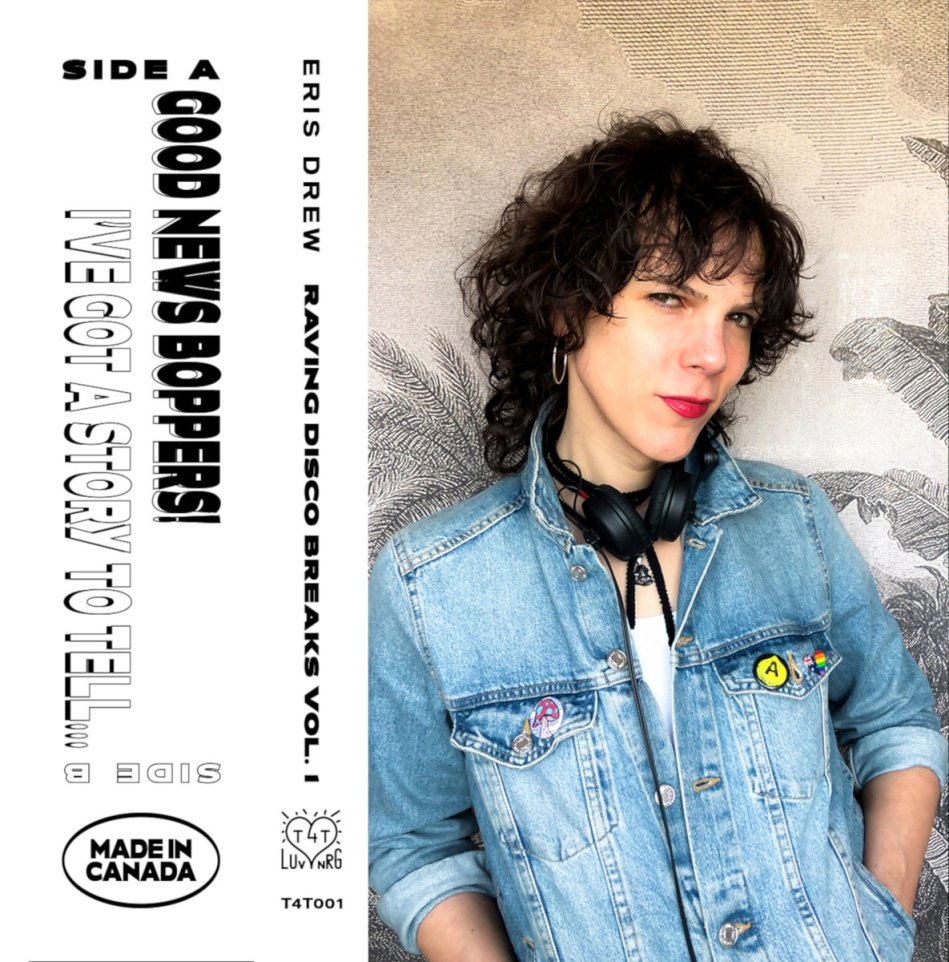 When interacting, excuse me, “shaking that thing” to Eris Drew’s mixtape Raving Disco Breaks Vol. 1, acting as you know means sweat keeps cascading down your shit-eating grin for the entire hour and change this mix runs for. No awkward middle ground of sheepish acceptance is allowed here. You either are down or not.

Eris Drew, loving partner of DJ and producer Octo Octa, weaves a blunt, strong narrative of embodiment, defiance, cultural transcendence and personal triumph-Disco directive Number One-into a flow of body rockin’ beats, scratches, drops, and sweet melodies. It’s a ginormous earth-quaking seduction of a vibe she calls “Motherbeat”. Arriving at her conscious while she was being driven home from a party, high on LSD in 1994, this is a rapturous divine feminine energy and ancient healing force. Captured in 120 minutes of dunking on your millennial minimal approach to mixes. It carries a fearless momentum that keeps booming. Why is that?

Hunny. We goin back.

This dance music, from the mid-’80s and early 90’s Master Mixes of Club tracks, comes directly from Black and Gay culture. Being loud in life, was a method of survival for outliers. Drew’s mix-the voice of this truth-gets presented with thunking bass, noisy-ass Hip-House loops, horn snippets, and Diva vocal samples running into the red, non-stop. At that time, an algorithm was a drink name at best and influencers were those who hand to hand hustled white-label versions of hot tracks to DJ’s that made dancefloors a unified living and breathing community, where no one was turned away.

Being minimal wasn’t a choice.

Raving Disco Breaks Vol. 1 is on fire and packed with endless geniality.

All profits from Eris’s mix will be donated to the Sylvia Rivera Law Project (SRLP), which works to guarantee that all people are free to self-determine their gender identity and expression, regardless of income or race, and without facing harassment, discrimination, or violence. A limited run of Raving Disco Breaks Vol. 1 cassettes are available now exclusively from the label’s Bandcamp. The recording can be streamed on the T4T LUV NRG SoundCloud free.