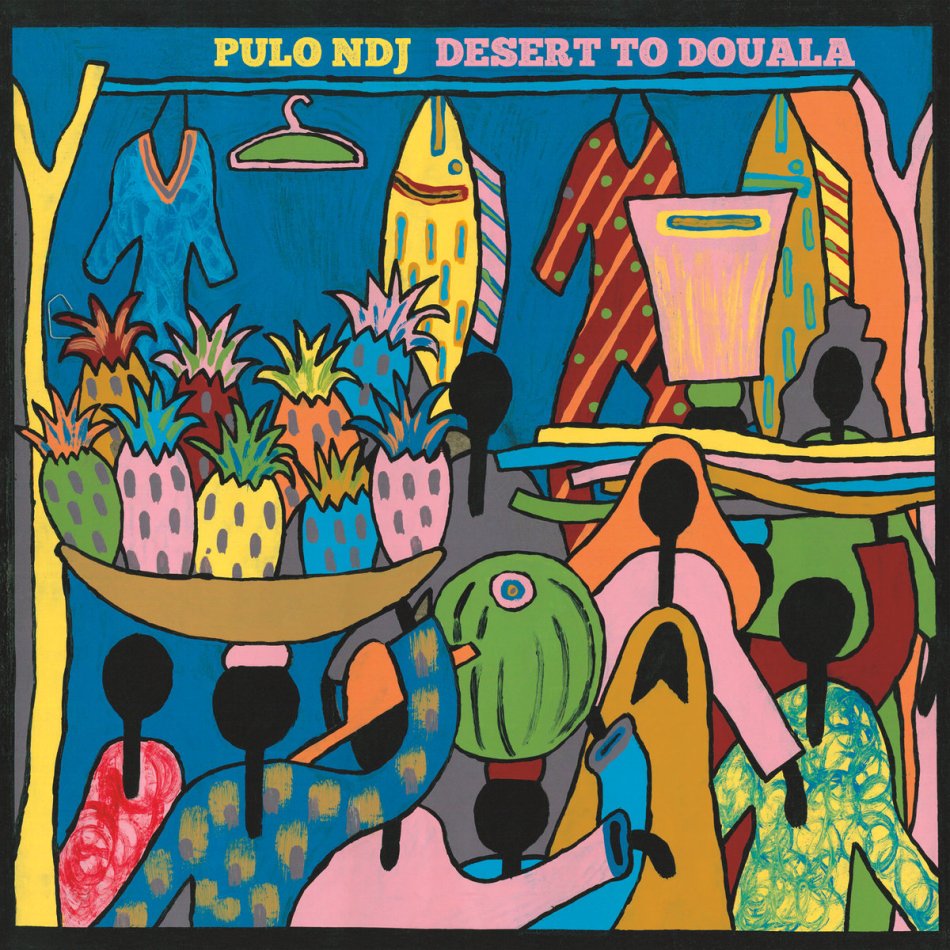 Pulo NDJ is a group comprising of talented musicians from Cameroon, Chad, Congo and Togo. Their aim was to bring to light and celebrate the music from the landlocked country of Chad. The landlocked African country is vast with influences and diversity, with its capital N’Djamena being a melting pot of cultures and musical influences over the years. Not really being familiar with music from that part of the world, I was eager to listen to and fully immerse myself in their sound, and their new album Desert to Douala captures a raw, tribal and experimental sound that is captivating and really intriguing to me.

Often, we come across tracks that are melodic, featuring heavy percussion and groovy basslines that really highlight the dance-oriented energy present in a lot of traditional tribal music from Central and West Africa. Tracks like “Clandoman (feat. FTP)” features guitar melodies and beautiful vocals in French, really bringing to light a colourful sound that makes it a joyful listen. “Taroum (de Moundou)” and “Sanga (Audrey)” are examples of tracks that bring that same colourful energy. “Bazaka” (feat. DJ Teguil) brings heavy, pulsating beats to the table with an electronic, house-inspired track that brings such a dominant, energetic tone to the record. It is something that can be heard at times throughout other moments on the record such as “Les Feuilles Tremblent” (Interlude) (feat. Matibeye Dje Non Pah), with beautiful vocals and a heavy beat that is a perfect addition to this upbeat record.

The whole album features some stellar moments, with guitar and synth driven melodies and a lot of live percussive elements which add depth to the record. Listen to Pulo NDJ’s excellent Desert to Douala below via Bandcamp, released on New York-based Wonderwheel Recordings.