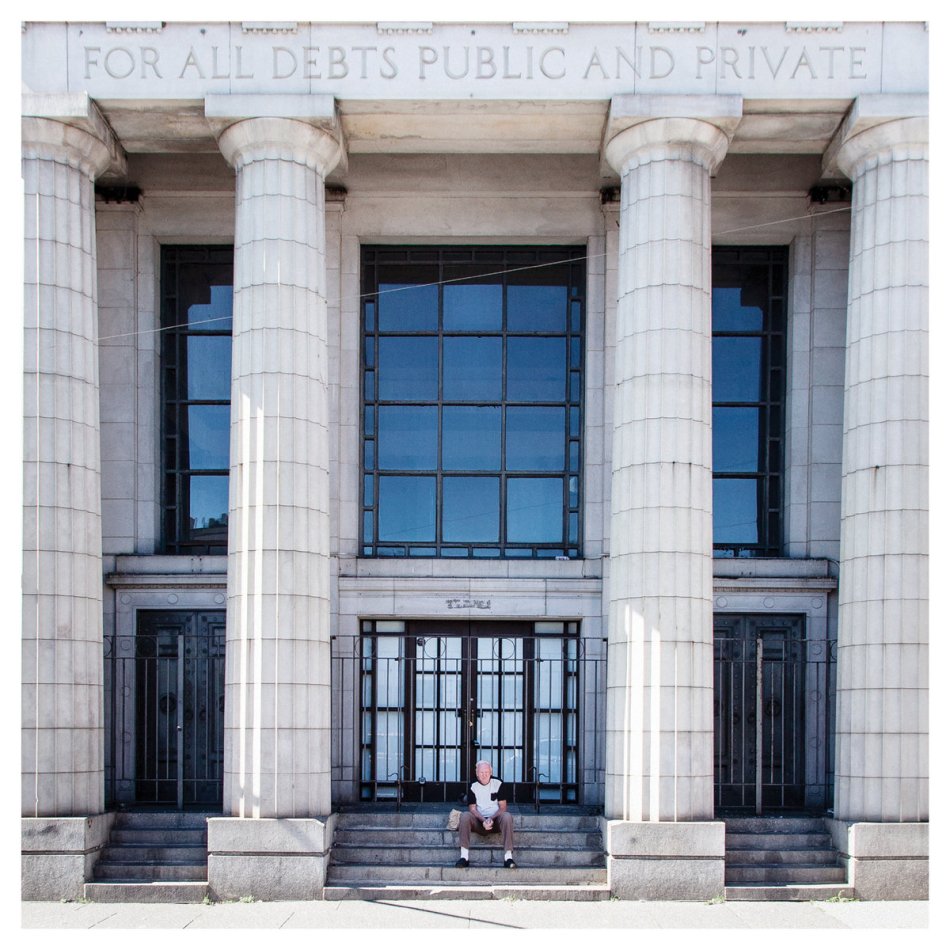 Chicago emcee Defcee has been on my radar for a little while now, but really became a fan of his work when he dropped his incredible collaboration with Messiah Musik titled Trapdoor, an album I added to my overlooked albums of last year list. I’m sorry for being a bit late to the party, but now that I’m a fan, every project Defcee announces and eventually drops, I’m excited for. For All Debts Public and Private is his new album and is in collaboration with Chicago born, Minnesota bred producer BoatHouse, and it is an incredibly cohesive body of work that showcases both Defcee’s fluid, effortless flows and intricate wordplay, as he reflects on unhealthy habits, bringing introspection to his verses that gives us a glimpse of his state of mind, while also commenting on external factors (criticisms on capitalism, housing issues, the music industry among other things) that have affected his life in one way or another. It’s a revealing 11-track album that further pushes his artistry and creativity to new heights.

Though Defcee described this album as being less cathartic than releases in 2021 in a recent Fader interview, quite a lot of this album to me very therapeutic, as if he’s trying to process a lot of shit he’s been going through. Tracks like “Recollect” and “Qtna” are very introspective tracks, with the latter especially being a poignant one, with Defcee reflecting on past experiences of being poor, reflecting on whether he made the most of his life at that point in time, asking if more was possible for himself. The production on these tracks are dark and eerie, with synth leads and keys that sound somber. BoatHouse really excels throughout, providing a cohesive, concise soundscape for Defcee to poetically describe and process his own state of mind and how his experiences teaching has moulded him in the person he is today. The features throughout the album are incredible too, with everyone doing their thing. Kipp Stone delivers a fantastic verse “Ragnarok”, SolarFive kills it on both “Summer 06” – Defcee’s verse is very visual and potent as well, while Mother Nature takes control on “Shuriken”, which also has one of my favourite beats on the album. SolarFive and Greenslime deliver on “Boxing Bullets”, but my favourite track and features has to go to “Rossi” with Armand Hammer. Both of Defcee’s verses on this track are exceptional, and he provides gems such as “too young to know the seeds under the stem of neglect” and “wrestling demons even the devil rejects”. There’s just so much vivid lyricism here, which is fitting considering two of the most incredible storytellers of this generation, if not of all time, in woods and ELUCID, both feature. woods’ verse is special as usual and I can have it have it on loop out the speaker for hours, and hours, while ELUCID brings this incredibly poignant, almost triumphant verse as well, also reminding me that his new album is dropping soon, which is something I’ve been anticipating since he announced it. Back to Defcee though, I wanted to touch on “Moving Targets”, which is an optimistic closer to this otherwise ominous and project, showing how he’s progressed mentally and within his personal life to get to a point where he feels comfortable. “We were hermits in the burial full of crabs / Now it’s too much bread for us to battle for some cash / the target’s not a rapper it’s the bag” exemplifies this perfectly. It’s a fantastic closer to this cohesive body of work.

On For All Debts Public and Private, Defcee has sharpened his craft as a songwriter, creating a dynamic, eclectic body of work with the help of some incredible production from BoatHouse, who laced him with some incredibly vibrant production. This is one of the my favourite projects so far this year, and I hope Defcee continues to feel inspired to create incredible projects like these in the future. Listen to and support Defcee and BoatHouse’s new album For All Debts Public and Private below via Bandcamp!