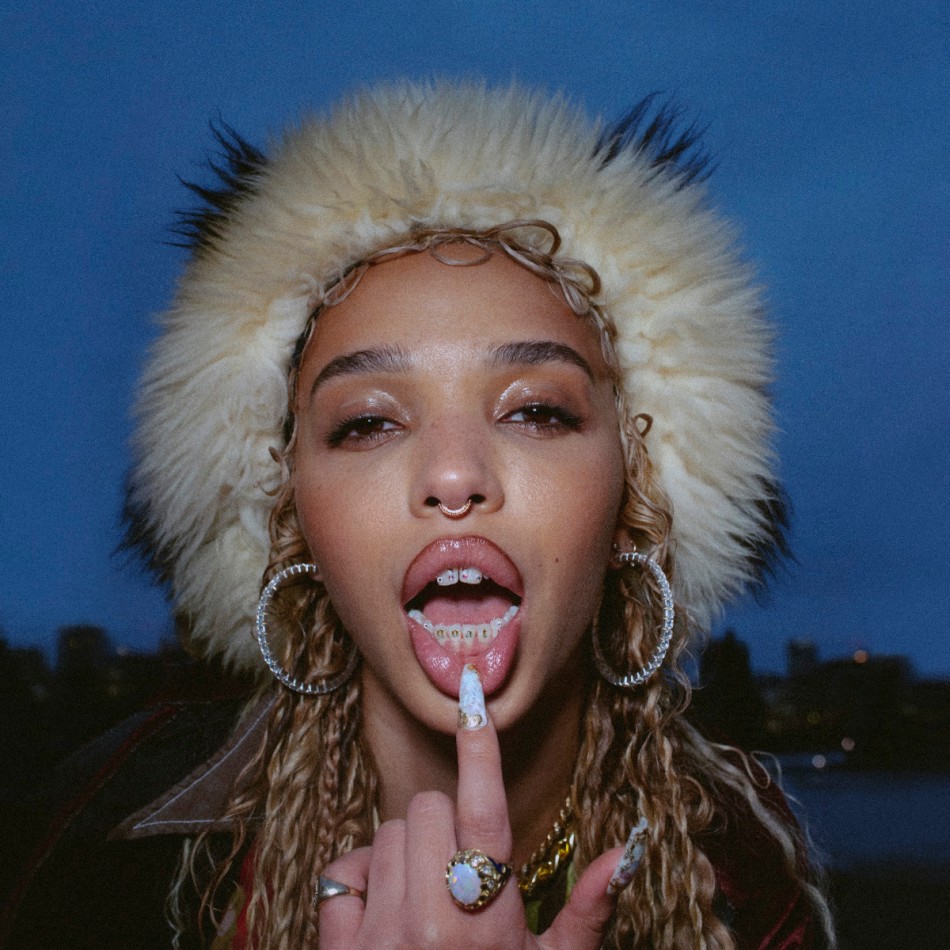 Intimacy is powerful and beautiful. FKA twigs has, throughout the years, embraced a delicacy through ethereal, soft vocals over mesmeric electronic soundscapes and experimental rhythms that beat to the sound of twigs’ own vulnerabilities. Albums like LP1 and Magdalene are considered art-pop / electronic classics, defying categorization, incredible poignant bodies of work that embrace a free-spirited, soulful and liberating energy that is so enthralling and mesmeric to experience. Her experimental sonic muses have been at times challenging and incredibly poignant – she’s never been afraid to challenge expectations and artistic norms, and this has been one of her biggest strengths as an artist. On her fourth official project, and debut ‘mixtape’ titled CAPRISONGS, her approach is more straightforward and punchy, drawing inspiration from modern hip-hop and electronic music, capturing more of a sense of urgency and attitude.

The 17 tracks on the mixtape are impeccably sequenced, flowing effortlessly from track to track. Having listened to it from front-to-back a few times, I’m amazed at how cohesive the album sounds, as I easily lose track of time, fully immersed in twigs’ vision. The punchy opener “ride the dragon” sets the tone for the entire project. Intense, bouncy drum grooves, delicate vocals and beautiful synth melodies throughout, it’s a terrific way to start the project off. On “honda”, she matches Pa Salieu’s energy, who’s feature is menacing and allows FKA twigs to rap alongside him, showing her range as a vocalist, all over a heavy and dark beat. “meta angel” is a gorgeous melodic track that is atmospheric and beautiful, and flows into the pop-club anthem “tears in the club” with The Weeknd. It’s one of the catchy highlights on the album. Other features include Shygirl, who produces this incredibly heavy, hard-hitting dancehall tune, Dystopia on the jittery “which way”, Rema on the afrobeat-inspired “jealousy”, Daniel Caesar on the emotive “careless” and Jorja Smith & Unknown T on “darjeeling”, a colourful drill-influenced track. I love Unknown T’s incredible flow and verse on that track, and FKA twigs’ emotive singing, stating “home is the place that makes my heart sing”, talking about the cold and damp vibe of London. “thank you song” is a gorgeous, triumphant closer that sees her champion all her thoughts, emotions and gratitude towards those that have supported and loved her throughout the years. It’s such a beautiful way to close the album out, and sees her channel all her thoughts and emotions on an ethereal track that is just so empowering.

In many ways, CAPRISONGS is FKA twigs’ most accessible album to date, channeling some ruthless, punchy hip-hop production and eclectic electronic soundscapes, creating a truly captivating sound. It’s a cohesive body of work that hits from start to finish, and it’s a true testament to her artistic vision and her ability to really execute the shit out of it. I know it’s only still January, but this is one of the best projects to come out this year and I anticipate listening to this mixtape for months and years to come.