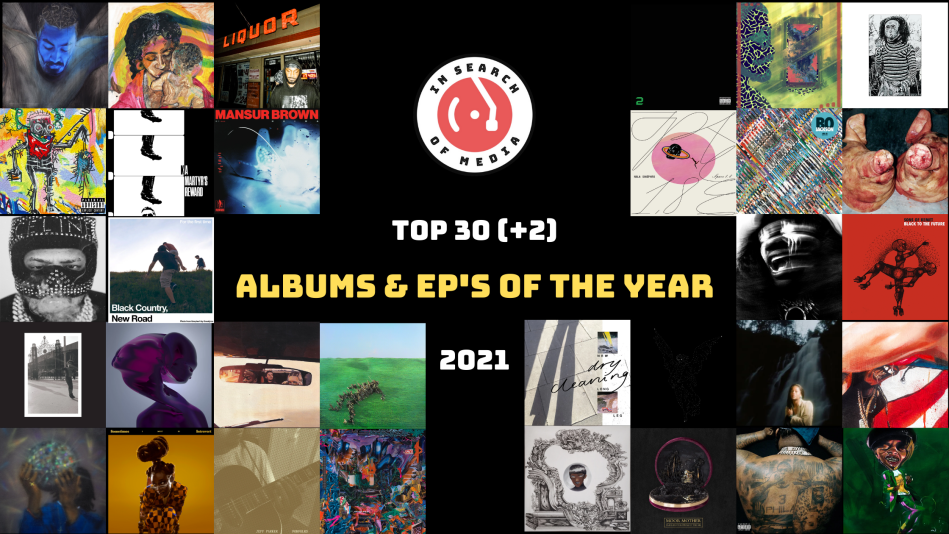 Combine two of the most enigmatic and articulate emcees with one of hip-hop’s greatest ever producers, the result is bound to be incredible. billy woods and ELUCID’s poetry has always been striking and poignant, yet they’ve managed to improve their writing throughout the years, culmulating in the Alchemist-produced masterpiece Haram. Eclectic, off-kilter and wildly experimental production, combined with two poets at the height of their creative powers makes this album one of the most interesting hip-hop releases this year. It’s an album I keep returning to, and as I keep discovering new nuggets of information or analysis that are all so fascinating to me, I fall more deeply in love with it.

On Pray For Haiti, Mach-Hommy finally gets his flowers from the wider hip-hop community. The enigmatic emcee has been releasing incredible album after incredible album, but this one here is his best work. From the incredibly dense and eclectic production that reverberates throughout its 39-minute runtime (Conductor Williams producer of the year, anyone?), to his effortless flow and incredible pen, Mach-Hommy has released a timeless body of work, deserving of all the praise, critical reception and accolades he gets. Also, definite contender for album cover of the year. Thank you Mach.

Westside Gunn is a legend. His music and entrepreneurial endeavors have made him one of the most exciting artists making music today, and Hitler Wears Hermes 8: Side B is probably my favourite project of his to date. Gritty, hard-hitting hip-hop, with incredible character. Some of the beats on here are just exceptional, and I feel like as an emcee, Westside Gunn has improved even more. With every release, he seems to always exceed expectations, and this is the album that to me define his greatness.

McKinley Dixon – For My Mama and Anyone Who Look Like Her

McKinley Dixon’s debut album For My Mama and Anyone Who Look Like Her was one of my biggest revelations of this year. The Richmond, Virginia artist released an incredible album, one that is introspective in his thoughts about how to deal with grief and communicate his feelings of sorrow and sadness around him. Despite this, the album is positive and inspiring, as it is a vessel for his ideas, thoughts and observations. It’s a poetic body of work, with incredible production that feels organic, warm and inviting. It’s just sublime, and everyone needs to get familiar with this young talented artist.

R.A.P Ferreira raps so nonchalantly, like a beat poet experimenting over live instrumentation. His albums always stick with me in some ways, and his most recent project The Light Emitting Diamond Cutter Scriptures has this hypnotic aura to it that just capivates from beginning to end. His articulate raps are filled with idiosyncratic references and odd flows, something that always draws me into his weird world. This is the album, that in my opinion, does it best. It’s his most cohesive project to date, and one I’ve had on repeat since it came out not too long ago.