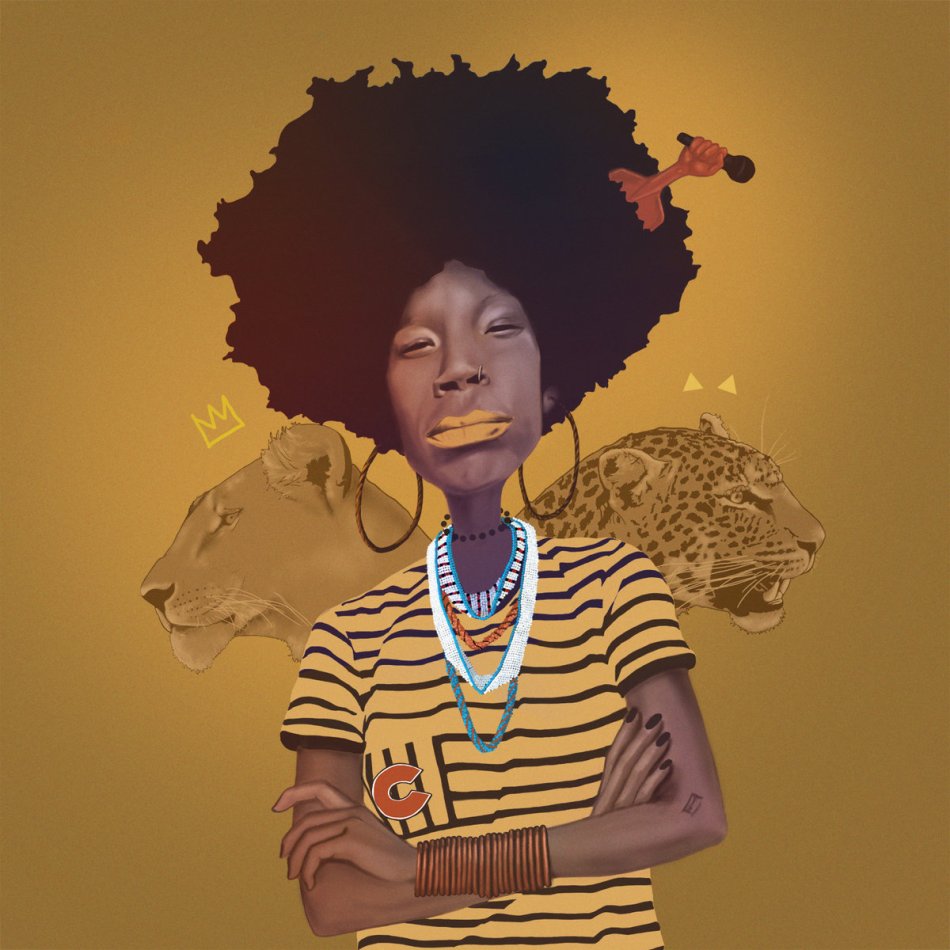 Georgia Anne Muldrow’s legacy is one of greatness. The LA producer, emcee, singer and overall multi-talented artist has been making timeless and essential music since the mid-2000s, and with each and every release I become more in awe of her musicianship, her ability to create incredibly intricate and dense compositions that range from funky and groove-heavy hip-hop production to more ethereal and jazz-oriented music. Whether we’re speaking about the classic 2010 album SomeOthaShip with Dudley Perkins or her expansive beat tape VWETO II, the eclecticism within her artistry is what makes her so important to music as a whole. Her latest release is titled VWETO III and acts as a sequel to her excellent VWETO beat tape series. She describes this tape as one that “is intended for movement. It’s to be played when you birth yourself back outside after a long introspective period to get the things you need. It intends for you to be your own superhero and wants to be your theme for power.” Listening to it a few times, I’m already enamored and amazed by the sheer quality and dynamism of these beats.

From the get-go, the project starts with rumbling basslines and subtle synths that perfectly accompany the beat and claps that reverberate throughout. Tracks like “Synthmania Rock” and “Passin Ooout!” feature more bass-heavy grooves, perfectly accompanying the subtle synth melodies and heavy drums. The instrumental loops throughout the entire project are infectious and incredibly catchy. “Mufaro’s Garden” is one of my favourites on the entire project, with an array of eclectic synth melodies that complement each other, with subtle basslines and what sounds like a flute melody that captures the playfulness and groovy nature of her music effortlessly. She does lay vocals on a few tracks, such as “Unforgettable” and “Love Call Groove”, with the latter track featuring heavy drums that just pulsate throughout the record relentlessly, as her subtle vocals add a gentle and soulful touch. The menace of “Ghostride” comes from the jittery and unsettling electronic synth melodies that drive this almost monotonous yet crazy groove of the track. “Boom Bap Is My Homegirl” is another stellar track with boom-bap drums and another infectious melody that perfectly captures the eclecticism of her sound. “Grungepiece” is similarly another incredibly raw track with wailing guitar leads and live drumming that makes this another memorable track on this album. Beyond this album, I just wanted to celebrate Georgia Anne Muldrow. With each and every release, sh’s been able to push the boundaries of what hip-hop, funk and beatmaking can sound like, and her artistry is one that I put up there with some of the most iconic producers and musicians working today. I really hope she continues making timeless music in the years and decades to come!

VWETO III is a stunning and captivating body of work that draws inspiration from some of the funkiest, grooviest, extra-terrestrial music out there. It’s so infectious and catchy and represents the very best of hip-hop production. Georgia Anne Muldrow is a legend, and these last few years have proven that the journey is still inspiring and she’s still hungry to create and follow that creative path of incredible self-exploration through music. Awesome project, go support!