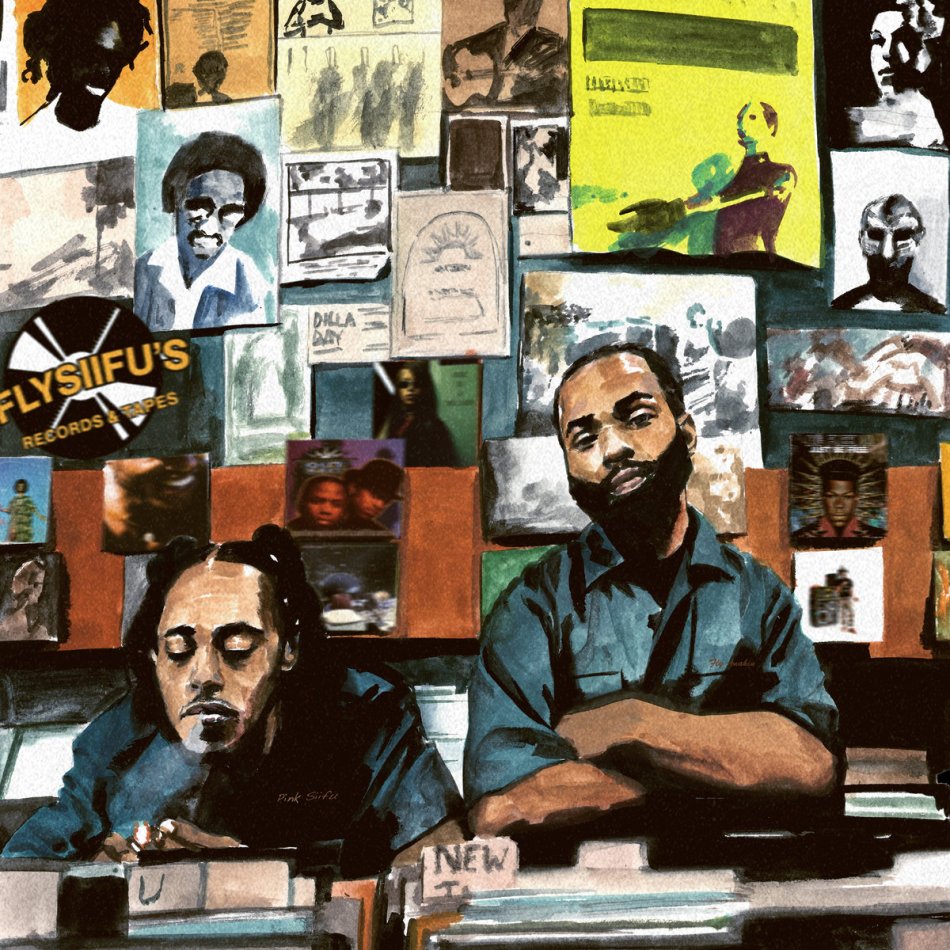 Both Pink Siifu and Fly Anakin have separately released some of my favourite music of the last decade almost. Both are incredible artists – eclectic, skillful, soulful and consistently incredible. Get them together for a full length project though? Saying this album slaps is an understatement. FlySiifu’s is greatness personified. Throughout the 22 tracks, both artists are able to create a raw, poignant and hard-hitting sound that reminds me of some 2017 Mutant Academy shit, à la Panama Plus, but with the soulful and rich textures of Pink Siifu’s Ensely. FlySiifu’s is a near flawless project – each track is sequenced perfectly, the aura and energy both talented artists bring and the incredibly lush and textured production are all so fucking good.

To start, the production… It’s some of the best I’ve heard this year and it’s not even close. Everyone needs to get a shoutout for their contribution, so here goes: Mejiwahn, Budgie, Lastnamedavid, Foisey, Playa Haze, Ahwlee, Jay Versace, iiye, Ohbliv, Graymatter, Creme, Malik Abdul Rahmaan, Madlib (yes, the GOD himself) and Animoss. Everyone produced their hearts out on this project. The Budgie-produced “Suitcase Special” is so beautiful, as both Pink Siifu and Fly Anakin provide introspective verses showcasing their skills as emcees and storytellers. The Lastnamedavid-produced “Runthafade” features some hard-hitting drums, perfectly capturing a raw and infectious boom-bap energy. It’s clear that both emcees are heavily influenced by the South, and in particular groups like OutKast and Goodie Mob. It’s the basslines and grooves throughout that capture the soul and aura of that kind of sound. Examples include the ethereal Graymatter-produced “Spades'” and the Lastnamedavid-produced “Clean” featuring the incredible Liv.e. “Creme’s Interlude” features some of the most beautiful and sensual vocals I’ve heard this year, courtesy of the mesmeric talent that is Fousheé. Both emcees are able to capture my attention throughout, as they bring contrasting styles and energies to the project. Pink Siifu’s more subdued, soulful and spiritual style is complemented by Fly Anakin’s more dynamic, energetic tone. Their chemistry though is so perfect with these instrumentals, and they really bring out the best of both of them. Hearing them rap on a Madlib beat is insane and so inspiring, and the production on that track is among the my favourites on the entire project. The subdued and soulful “Razberry” is another soothing and emotive moment, as Pink Siifu’s emotive vocals and Fly Anakin’s introspective and reflective lyricism capture so much heart. Other highlights on the album include the crazy groovy and hard-hitting “Open up Shop” featuring B. Cool-Aid (produced by Ahwlee) and the jazzy and lavish “Rick James” and “Waiting to Get Shot”. Again, the sequencing and flow of this album is so damn good, and it all closes beautifully with crisp, lavish and soulful Animoss-produced “Dollar Dr. Dream”.

As far as collaborative albums go, this is up there with the best of the best I’ve heard, not only this year but over the last few years. It sounds like it came out a few years ago too, like it transports me to a time a few years ago when I was starting the website and all this crazy music was coming out at the time. It’s got the ability to evoke certain memories for me, and its transcendent energy is what makes this album great. Pink Siifu and Fly Anakin have released a gem, a poetic, soulful, and mesmeric new album that exceeds all expectations. FlySiifu’s is greatness personified, and both artists have reached new heights creatively with this one here.

2 comments on “FlySiifu’s is greatness personified, with both artists reaching new creative heights”