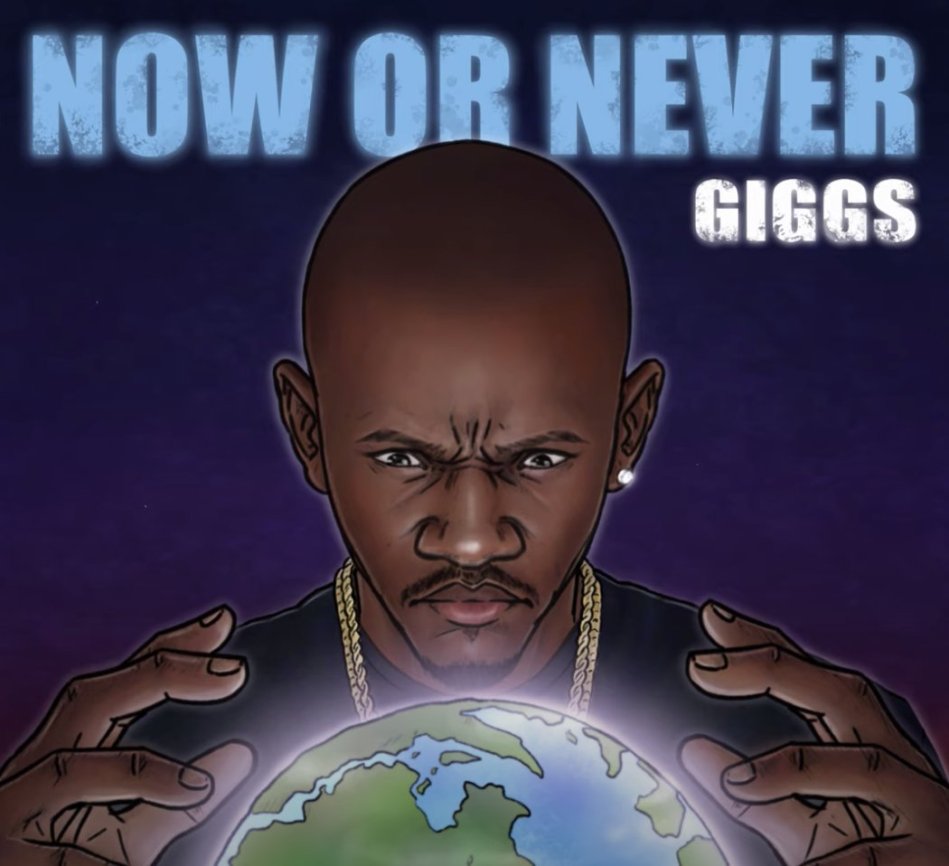 With each and every release, South London legend Giggs reminds us why he’s one of the greatest to ever touch the mic in the UK. His baritone, sometimes monotonous but always engaging voice is iconic at this point, and every time he raps, I feel every word he says. On his new 16-track mixtape Now Or Never, the Peckham-born emcee keeps his crown, delivering a diverse yet cohesive and varied project, with trap and drill-influenced production that sounds both colourful and super engaging. On the mic, Giggs raps with ease, flowing effortlessly throughout and showcasing his always sharp pen. It’s a project that sounds refreshing, despite all the great music that has come out thus far this year, and that’s what makes it great.

The opener “Now or Never” sets the tone for the album perfectly. It’s rumbling beat, with swirling synths and a driving groove complement the 808s and snares throughout. He confirms his greatness with confident and assuring bars that again, remind us why he’s one of the greats. An example – “On my palace shit, tryna get that palace to land / Yeah, I’m tryin’, cuz, I’ma do as much as I can (Woo) / .40 calibre, had that .40 cal in my hand / .40 calibre, I’m the .40 calibre man / Challengers, get your peanut butter and jam / Niggas eatin’ here, watch how I’ma cut up the lamb (Swish)”. His delivery is just so hypnotic throughout this track and the entire album. His ability to draw me into his world is what makes me love this project so much. The eerie and equally as punchy “All Spinach” is another great moment on the album, while “Bad Baddies” features some hilarious bars – “Harry met Sally / Ha-ha, got a laugh’ cause I’m that savvy / Bad man doesn’t dance ’cause I’m that aggy / Black flag in the dance, feeling black flaggy / And I pack maggie”. It’s a true testament to his genius as a writer. “Debonair” is a cool, colourful track with a jazzy and soulful beat produced by Cool N Dre & Casper Cross. It’s probably my favourite track on the entire album just for the beat alone, but Giggs as per usual comes through with a killer verse. One thing I need to talk about are the features throughout the project. They add so much depth to the music, it’s just great to hear. I love seeing the likes of Kyze, Obongjayar and Jorja Smith featured throughout the project. I love the fact that he gives a platform to the younger generation of talented emcees. Aystar and Tiny Boost both kill it on “No Back Bone”, while dancehall and reggae artist Demarco absolutely kills his feature on “Everybody Dead”. “Straight Murder (Giggs & David) featuring Dave is another clear highlight on the project, as both emcees bring their absolute A game on the track. “It’s Hard” featuring Emeli Sandé is a reflective and soulful track with gorgeous vocals and an introspective verse from the veteran emcee, bringing the album to a close beautifully.

Giggs’ captivating lyricism and wordplay is complemented by a dark, desolate yet animated soundscape that sounds viscous and raw. Now or Never is a stellar project that gives a platform to some of the most talented UK-based artists working today, while keeping his legacy in check with stellar bars throughout the 16-track mixtape. It’s a project to support for sure!

1 comment on “Giggs’ Now Or Never is a stellar mixtape, with rhymes and beats that sound raw and captivating”