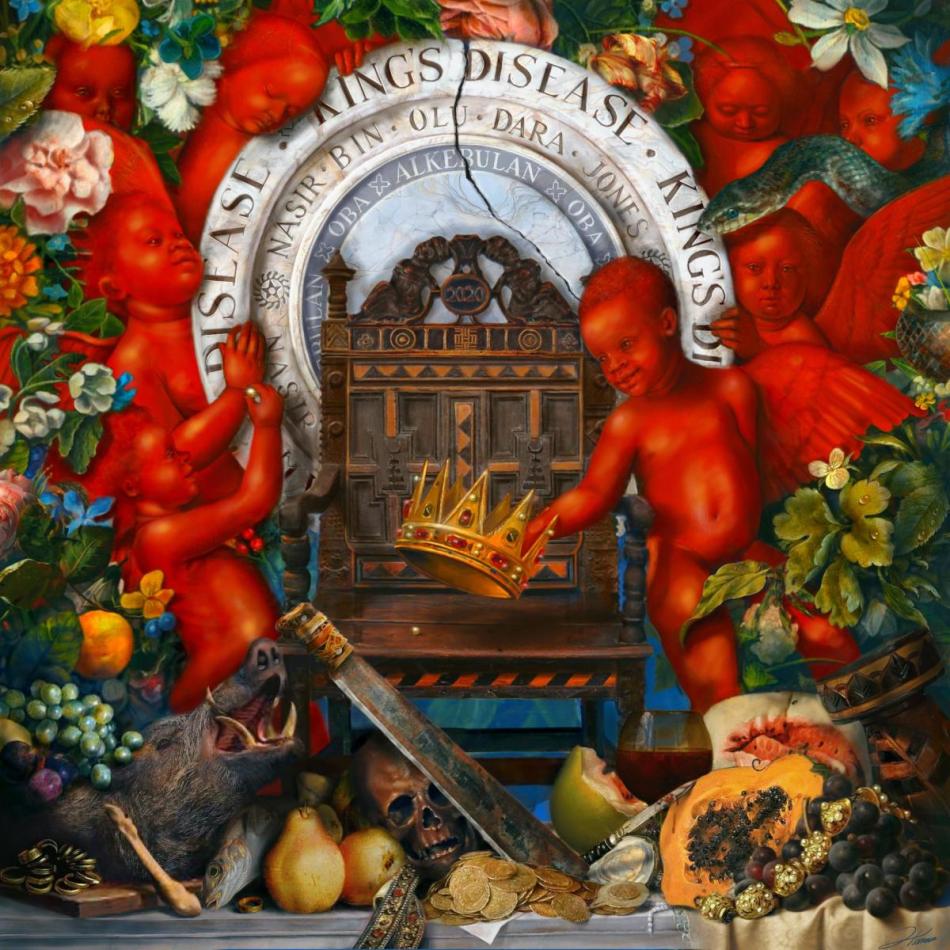 Throughout his illustrious career, Nasir Jones has showed time and time again why he’s one of the greatest ever to touch a mic. Illmatic, It Was Written and The Lost Tapes are all timeless albums that are so vital to hip-hop’s DNA. His music has however, and in my opinion, suffered from stale and uninteresting production that has left many projects underwhelming – Nastradamus and Street’s Disciple are examples of this. Then there’s the allegations against him of physical and emotional abuse from his ex-wife and talented musician Kelis, something he has consistently denied since these allegations came out in 2018. I honestly don’t know that much about these allegations, but I can’t lie, my relationship with his music since this news came out has been on the decline. It taps into the conversation of whether you can consciously separate the artist from their art, an ongoing debate I have with myself and something I could elaborate further in an article of you guys want to see my perspective. I decided to give his 13th album King’s Disease a chance, and from a purely sonic perspective, I was impressed by how cohesive the album was, which was helped by Hit-Boy tackling production duties throughout the 13 tracks on the album, helping Nas to stay focus and hungry throughout.

The opening, title track on the album “King’s Disease” is one of my favourites on the album. The beat is crisp and soulful, perfectly complementing Nas’ incredible flow throughout, as he talks about his reign as king of rap. “Blue Benz” switches tempo into something more dynamic and menacing, with a phenomenal, hard-hitting beat. As with every Nas release, he brings his own introspective thoughts, reflections and observations not only on personal struggles he faces but on social issues. On “Ultra Black” with Hit-Boy as a feature, he reflects on the importance of being proud to be black. The now infamous line “We goin’ ultra black, unapologetically black/ The opposite of Doja Cat, Michael Blackson black” is kinda funny as well. He’s in a “good mood, good groove” on “27 Summers”, reflecting on the success and wealth he’s accumulated since the release of his debut Illmatic. I absolutely love Don Toliver’s feature on “Replace Me”, he sounds absolutely great on that colourful, groovy beat, and Nas’ verse is also pretty great. I’ll try not to comment on Big Sean’s contribution… but no. The track that I found questionable in terms of lyrical themes was “Til The War Is Won” featuring Lil Durk. Again, baring the allegations of abuse against him from Kelis, the comments on how “Single mothers, my heart’s bleeding for you” just seem disingenuous. He states “These coward men, that were beating on you (Never me)”, alluding to these accusations, and it just doesn’t seem to sit well with me, especially having “Never Me” echoed like that, sounding like some insignificant afterthought. Lil Durk kills his feature though, so big up to him. “All Bad” with Anderson .Paak is a cool track, but “Full Circle” featuring The Firm (AZ, Foxy Brown and Cormega) is incredible! The bass and synth-heavy beat is perfect for all emcees to flow effortlessly and speak their truth. “10 Points” sounds like vintage Nas, with a phenomenal boom-bap, hard-hitting beat and introspective lyrics about what it takes to be a successful black person in America. The album ends strong. “The Cure” is vintage Nas yet again, with a crazy, driving beat and Nas’ incredible flows and presence on the mic shining through on this one. The closer “Spicy” featuring Fivio Foreign and A$AP Ferg is pretty dope as well.

King’s Disease is Nas’ most cohesive and polished work in a very long time, and despite some of the hypocrisies around supporting Black Women considering some of the allegations against him, it’s a reflective listen that is worth listening to.