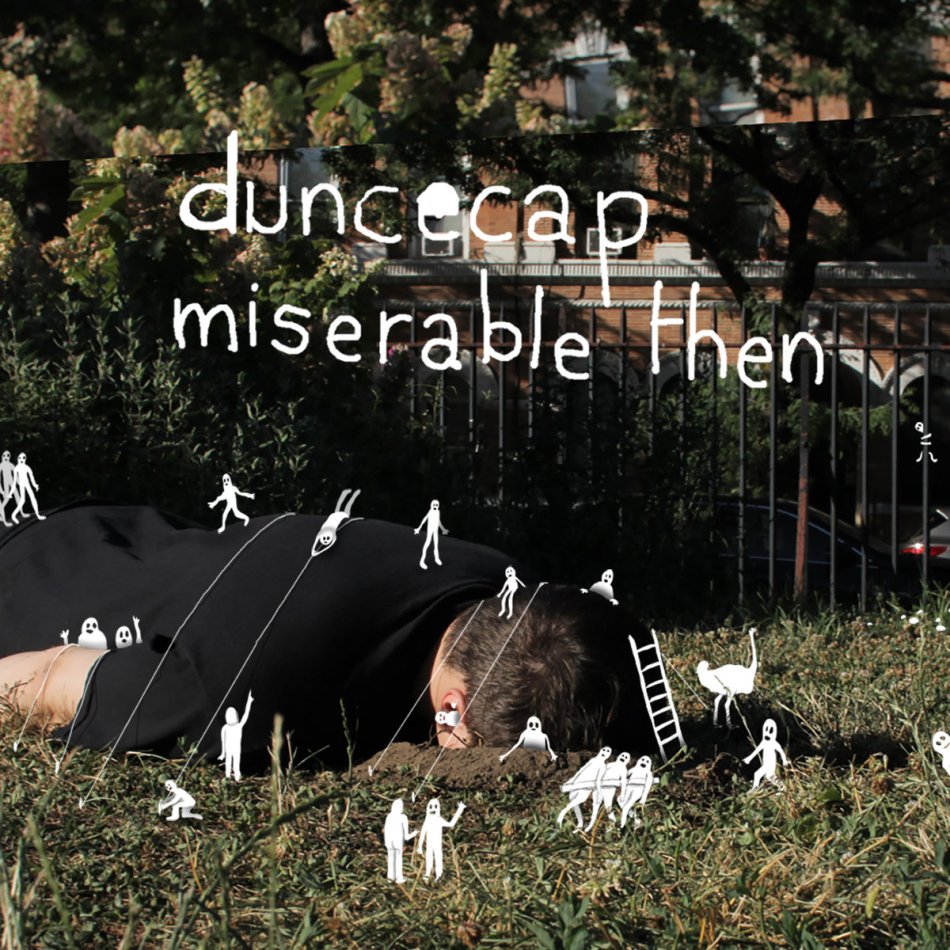 New York based rapper Duncecap teams up with legendary rapper and producer ELUCID (1/2 of Armand Hammer) for a new EP titled miserable then. The dark and eerie tone of the project is captivating to me, and I absolutely love the intricate wordplay and dense lyricism throughout.

The opener “Waste of Money” kicks the project off with heavy drumming and suffocated rhymes amidst the heavy, almost distorted beat. The dystopian and introspective lyrical themes Duncecap spits complements ELUCID’s murky and dark production. The moodier “Sometimes I Walk in the Rain” sees Duncecap rhyme effortlessly about love and feeling empty after interactions with a woman. “To Love Your Enemy is to Love Yourself” is an off-kilter and meditative instrumental interlude that features subtle but poignant guitar leads, being met with heavy, psychedelic synth leads that sound ethereal, as it really shows ELUCID’s incredible production abilities. “What Have I Done to Myself?” is an incredible track featuring the legend Quelle Chris. With a more dynamic and upbeat beat, both Duncecap and Quelle rap about inner growth and dealing with imperfections within them. “Who Knows?” closes the album out with a moody, muddy and dark beat that again suffocates Duncecap’s voice, who sounds spooky and unassuming. Still talking about the troubles and misery of love, Duncecap almost sounds distraught throughout this one. Overall Duncecap comes through with a stellar project highlighting his talents as a writer, being able to portray his feelings with such soul and pure honesty. A big shoutout to ELUCID who also killed it on the production. A great release indeed.

Listen to Duncecap’s brand new EP miserable then below via Bandcamp and don’t forget to support! Released via BackwoodzStudioz.

0 comments on “Music: Duncecap – miserable then”