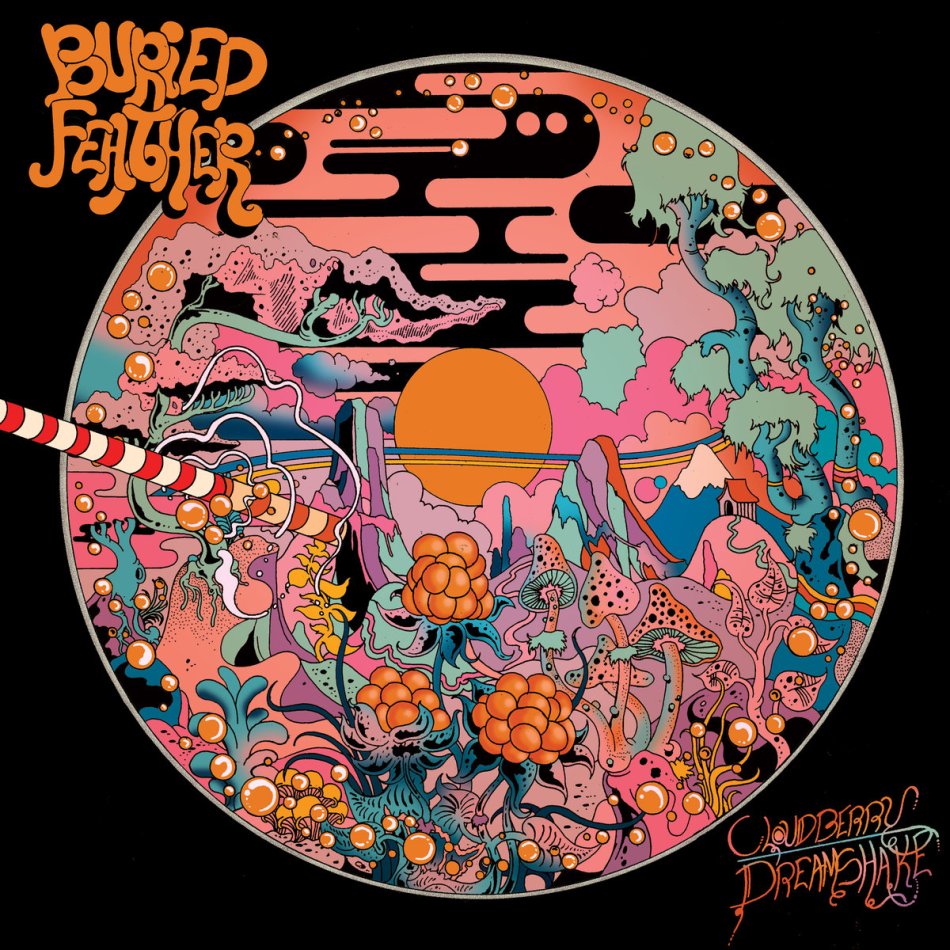 Melbourne-based psych-rock band Buried Feather have come through with a brand new album titled Cloudberry Dreamshake, which is its name suggests is a colourful, bubbly and layered project, with hazy guitar leads and drumming that is hard-hitting and hypnotic.

“Melt Together kicks the album off with a dominant guitar leads that are fuzzy and heavy, with a moody and emotive sound, as well as a beautiful vocals from their lead singer. “London Feels” is a more laid back and soft track featuring synths and more acoustic guitar leads that are beautifully arranged and gorgeous. “Nuclear Suzi” is one of the highlights for me, with an infectious groove and melody that is very blues inspired. “Nothing’s Real” is another highlight, with more fuzzy guitars and stellar solos that capture a soul and aura that just sounds mystical. “Cloudberry Jam” ends the album off with a high, really bringing a more emotive, stellar composition that captures the raw and organic essence of the band. They have released a truly magical body of work, and I can’t wait to discover their discography after this album!