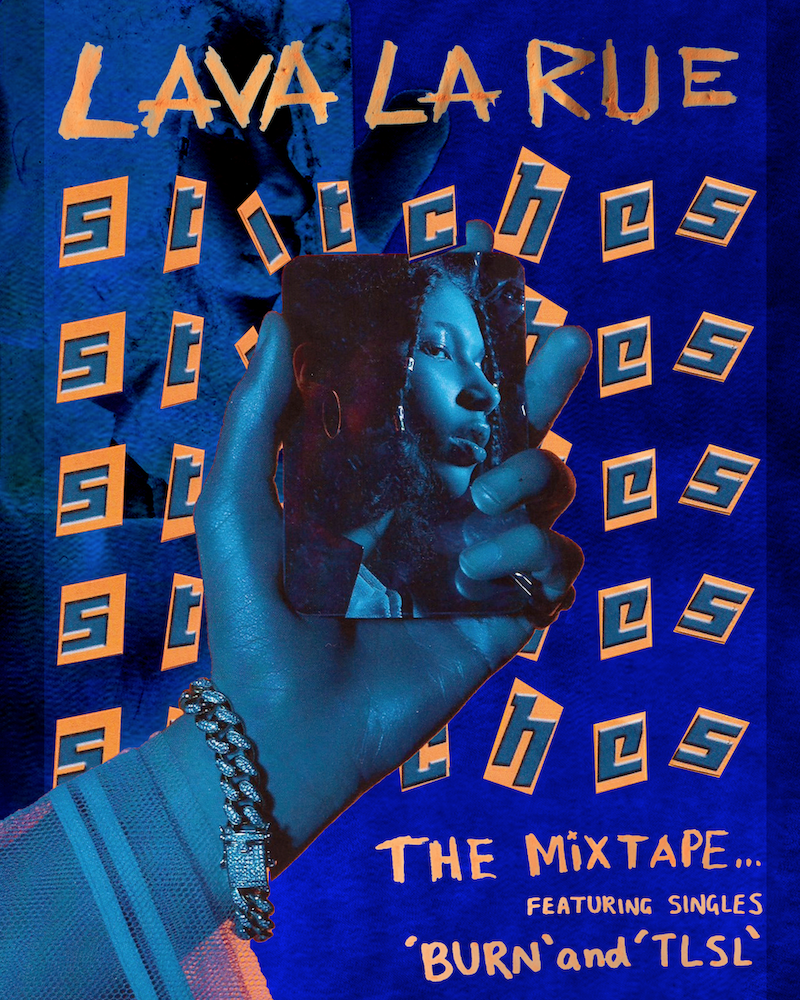 London-based musician Lava La Rue comes through with a brand new mixtape titled Stitches. As part of NINE8 Collective and as a solo artist, she has released some fantastic, creative music. With the release of her new mixtape, she continues to impress, releasing a handful of soulful music.

The project kicks off with “Burn,” a synth-heavy track with percussion and electronic effects that brilliantly captures her aura, as she raps and sings effortlessly over the glossy beat. The catchy “TLSL (Stitches)” is another good track, with a beautiful sung hook as well as another stellar verse from the talented musician. I prefer hearing her rap on darker, eerier beats, which is exactly what I got on tracks like “Twenny Four” with Lash Vanegro, “Biscuit” and “Phoney” with Mac Wetha. It’s then I feel she’s most introspective and captivating, so it’s great hearing her on that kind of moody, soulful production. Overall this is a good project that highlights her talents as a musician, crafting some excellent tracks with introspective lyricism and smooth, soulful production.

Listen to Lava La Rue’s new mixtape Stitches below via Spotify and don’t forget to support!