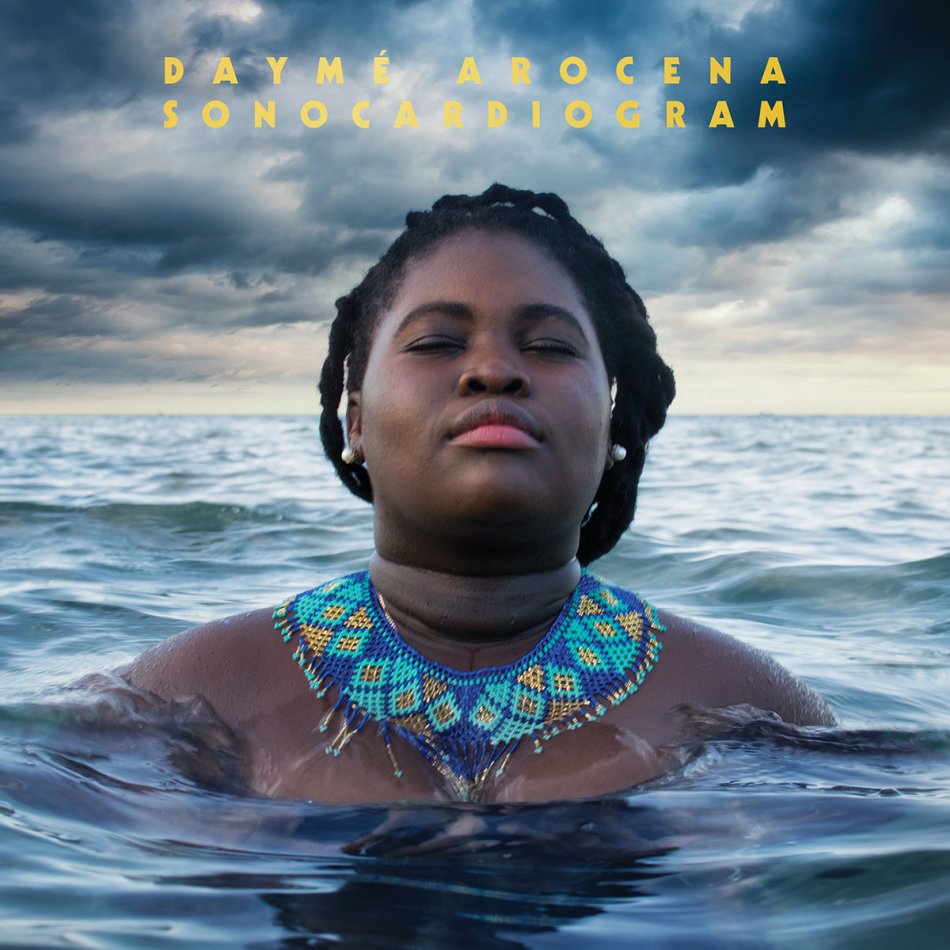 Daymé Arocena’s new album Sonocardiogram is a vivid, textured and frankly incredible celebration of her Havana roots. Her stunning voice throughout the 12 track project is backed by her amazing band, who bring to life a jazzy, soulful sound that is intricately composed and utterly breathtaking.

Following the spoken word intro on “Nangareo,” the album bursts into life with “Oyá,” a powerful, rhythmic track featuring stunning keys, brass instrumentation and incredible drumming. Her vocals are complemented by backing vocals, adding a stunning choir-like vibe on a soundscape that is just so beautiful and powerful. This tone and aura just continues throughout the album. “Oshún” starts off with a plethora of keys that just build in intensity, before breaking down into an emotive piece sung by Daymé, whose vocals are so emotive that I genuinely feel her passion blossom through. The infectious rhythms on “Al Feridas” are just stunning, with her stunning voice being intertwined with emphatic keys, drumming and synths to produce an incredible sound. Though this record celebrates Cuban music, being prominent with rumba rhythms, a lot of this album takes inspiration from spiritual jazz, at least that’s the aura I get from it. Being able to really bring both worlds together, Daymé Arocena is able to release one of the most powerful albums I’ve listened to this year. My end of year album list is getting more and more difficult to assemble, and at this point, not placing Sonocardiogram on the list seems like a big mistake.

Listen to Daymé Arocena’s brand new album Sonocardiogram below via Bandcamp and don’t forget to support. Released via Brownswood Records, who have been absolutely killing it this year. Might be their best year in terms of releases!