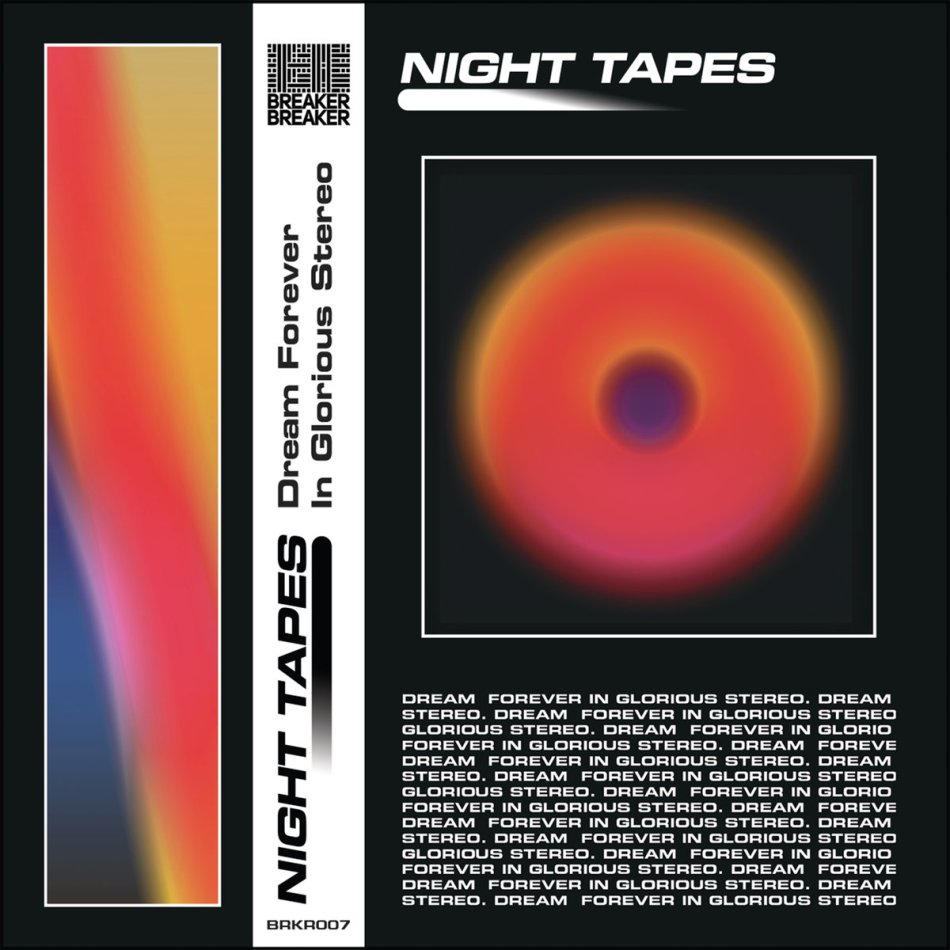 It’s official. I want a job working for the UK label Breaker Breaker. They could give a cot damn about what type of genre of music they put out, it just has to be compelling. So yes, the imprint that released QUALITY music from the likes of Marcel Vogel, the jump-off point for Ross From Friends, and lest we not forget the engrossing three-track EP Machine Love from Tokyo-based producer and Cosmopolyphonic collective member RGL. That 2018 project, half House Breaks, and half Modern Funk, still slaps. Go check it.

But this South London trio Night Tapes, who serve up a heavenly psychedelic triptych of tracks on their three-song EP Dream Forever in Glorious Stereo, is the move you never saw coming. A unit of musicians and housemates, Max, Iris, and Richie, who cite the city of London as their main inspiration…. proceed to cook anise, fennel and wormwood directly into a shoegazer, analog-sounding gusher of a debut.

Starting with the lead song “Dream”, which pushes lo-fi tech acoustic feels upfront, truffle mushroom vibes for sure, this giddy lingering feeling runs directly into slo-mo cooked frequencies that beckons for the golden hour in whatever city you may reside in. When the five-minute mark hits, atmospherics get a redirection, and thoughts about the evening change in the chord progression, which now follows the moon.

Next up “Forever”, with its fat toned bassline, plods through the atmospheric synths, employing chipmunked up vocals, the atmospherics get a bit more streamlined into an uptempo plush. Forming a good version of basic.

But its the luxuriant slowed down 60’s sunshine pop of “In Glorious Stereo”, that takes it all. Complete with properly chosen overdubbed atmospherics and rippling type cascades. It’s tits out trips out. Period. The second half of the song replicates a shimmering meteor shower, blinding with beauty. Cavernous and spot fucking on. Buy this EP.

0 comments on “South London trip Night Tapes are releasing some of the BEST Dream Pop/Shoe Gaze on the planet right now. Period”