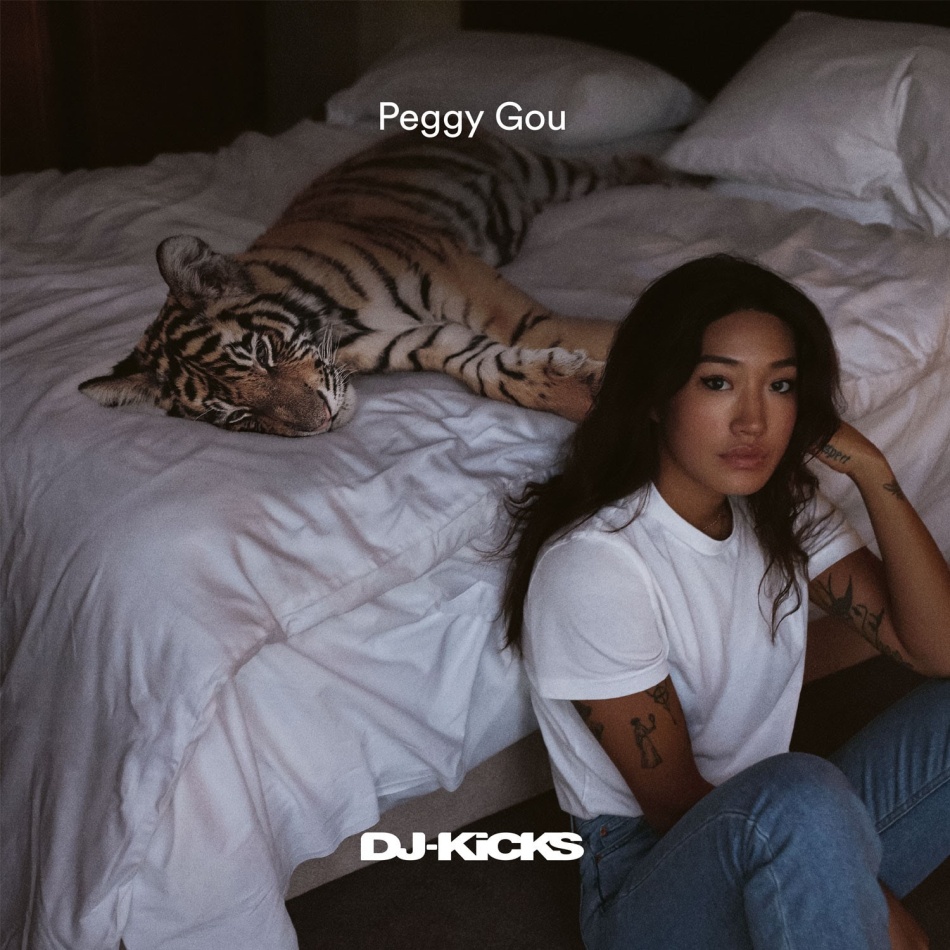 As the first South Korean Woman to DJ at Berlin’s techno institution Berghain and record the 69th edition of !K7’s DJ-Kicks series by the ripe old age of 28, Peggy Gou, who played 200 shows worldwide in 2018, and now lives minutes away from the club, could be seen as a millennial pioneer. But it’s the real loose and comprehensive delivery of an across the board mix that’s radical and in line with a forgotten tradition. No genre boundaries here, Gou moves across disco, house, techno, and electro from 90 to 150 BPM. It’s a communal living room party feel where she plays her fave joints to her friends in a non-performative way. No Boiler room shenanigans here. Quite the opposite of what could be expected from “Gou-mania”. The young influencer, at the center of many advert campaigns, who launched a collection at Paris Fashion Week last October and successfully engages with her 900k following on Instagram.

Welp, the day job got shelved here. A tranquil emphasis on records, not technique, gets the attention. Within the context of her fireball type career ascension-she was working at a record shop in Berlin just a couple of years ago-Gou’s choice, looks and sounds kinda punk rock. David Mancuso Loft Party style. If her successful advert campaigns have informed the world what she looks like, her 18 track mix, a non-visual medium, tells us a version of who she is.

“Fluorescence,” an all-timer statement of chill from 1993, by the iconic Spacetime Continuum from San Francisco (shouts to The Gawd Jonah Sharp), begins this personal soundtrack and leads us into Gou’s first-ever track “Hungboo,” a playful midtempo sentiment with birdsong, koto chords and weighty dub bass. Things move sideways quirky good with the elastic bass of “Earwig” by Pearson Sound that gets nicely blended into “Perseguido Por El Rayo”, the John Carpenter like Jazz fusion of Pegasus, which next points us into the Rave Cave vibes of Sly and Lovechild.

Listen, the rest of the mix rests on her collection and praising those who came before her. While the earlier edition of DJ-Kicks featured Laurel Halo running 29 joints in an hour and crafting one of the best sets in the history of these compilations. The songs never got a chance to breathe. Gou wants you to get close and familiar. She’s paid, I mean comfortable enough, to not really care if the mix is not exact. She’s doing something else outside the algorithm. Sometimes the statement IS being in the moment.

So 30 minutes in, we get acid, old-school Chicago house and Detroit techno influences, or as Gou calls her sound “K-House”. “EPR Phenomena” an electro jam from DMX Krew comes in right after the bass trouble of “Flemmenup” by Kyle Hall. It’s a stretch equipped with a homestyle mix approach that leads, not on time, into “Magnetic City” by Kode 9.
Speaking of Halo, its nice that the DJ-Kicks series had two mixes, back to back this year, curated by Women.

What was that? Sure, I’ll give you some “not male and pale” suggestions for upcoming mixes. Georgia Anne Muldrow. Yaeji. Nabihah Iqbal. Syd from The Internet. Josey Rebelle. Foxtrott. Nite Jewel. You are welcome.

Anyway, when Gou closes this out towards the end with “Vordhosbn” by Aphex Twin and “Crackdown” by Psyche(peace to Carl Craig), she’s laying flowers out for the creators. Respect lets a tune run long. If Moodyman can distribute and sell his releases at BBQ’s, in his self-described “environment” in Detroit, Gou is free to share personal choices that say something about her, anyway she chooses. Everybody has their own bag, and Gou’s is secured.

You can listen to Peggy Gou’s marvelous DJ Kicks mix below via Spotify.

0 comments on “Peggy Gou gets personal”