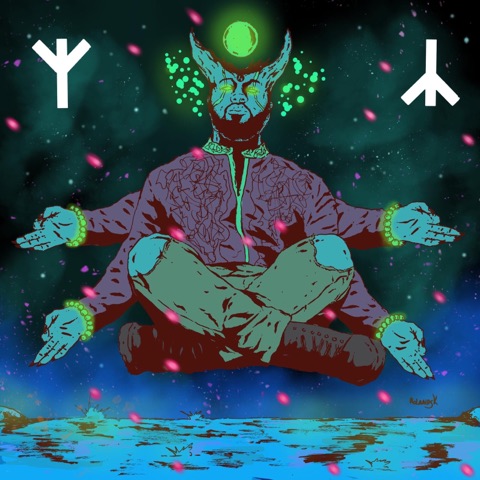 London-based emcee K the Infinite has come through with a new single titled “Levels” featuring fellow rapper Kaniva. As the leader of the newly formed The Sound Village collective, Kwojo Yakushi has plans to release more music in the coming months and years and I’m all here for it.

Released on his 25th birthday, the talented wordsmith rhymes and flows effortlessly over this booming, bass-heavy beat produced by Ioneda. It brings a whole lot of energy, something I have come to admire about the musician on releases such as his 2018 album Void. The confidence his displays is infectious, as both rappers are able to exchange bars and rap freely. His intricate wordplay can be difficult to understand at first, but the beauty of it is that you can go back and replay it time and time again, learning and uncovering new aspects to this densely produced track. I’ve been replaying it over and over again since its release, it’s just got that vibe.

Listen to K The Infinite’s new single “Levels” featuring the talented Kaniva below via Spotify and don’t forget to support!