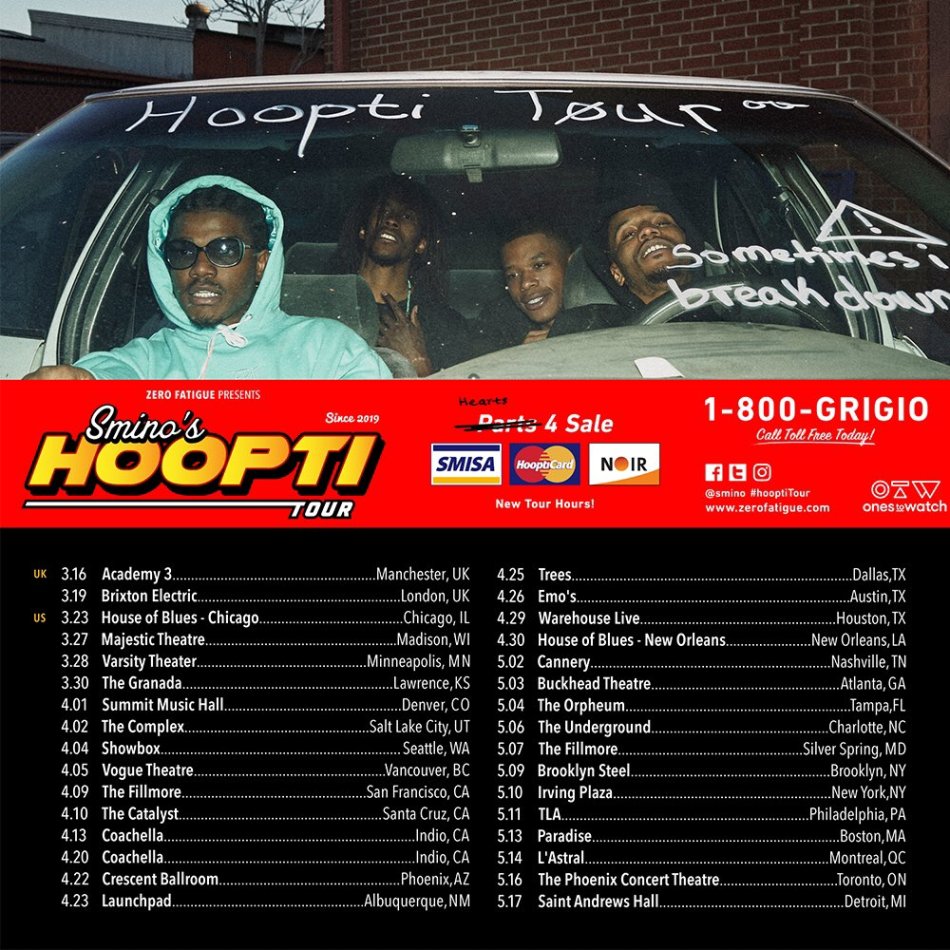 US-based artist Smino is embarking on a tour at the moment he calls “Hoopti.” Hot off his sophomore album release NØIR, he has been on my radar for the past few months, so I am so thankful for the guys over at Brick London for inviting me to the show. Smino came through with his producer Monte Booker and a few others from his Zero Fatigue collective.

And let me tell you, his energy was so live and so on point the whole time… It was so much fun witnessing his growth as an artist and embracing the love he got from the London crowd. He talked to the crowd, engaged with them, made them feel good. He played tracks from his debut studio album blkswn as well as cuts from NØIR, including some of my favourites including “Spinz,” “Z4L” with Bari and Jay2 and “Klink,” which was a wild conclusion to the show as he came back on stage for a last time. Moshpits, jumping around and wildin’ out. It was an amazing experience, and even though I didn’t make it to the Monte Booker afterparty at Phonox, I heard and say from people’s stories that it was a really wild one.

Shoutout to Smino for the wild show and all the success, and I wish you nothing but the best with the rest of your shows. Bless. Listen to NØIR below via Spotify and don’t forget to support!