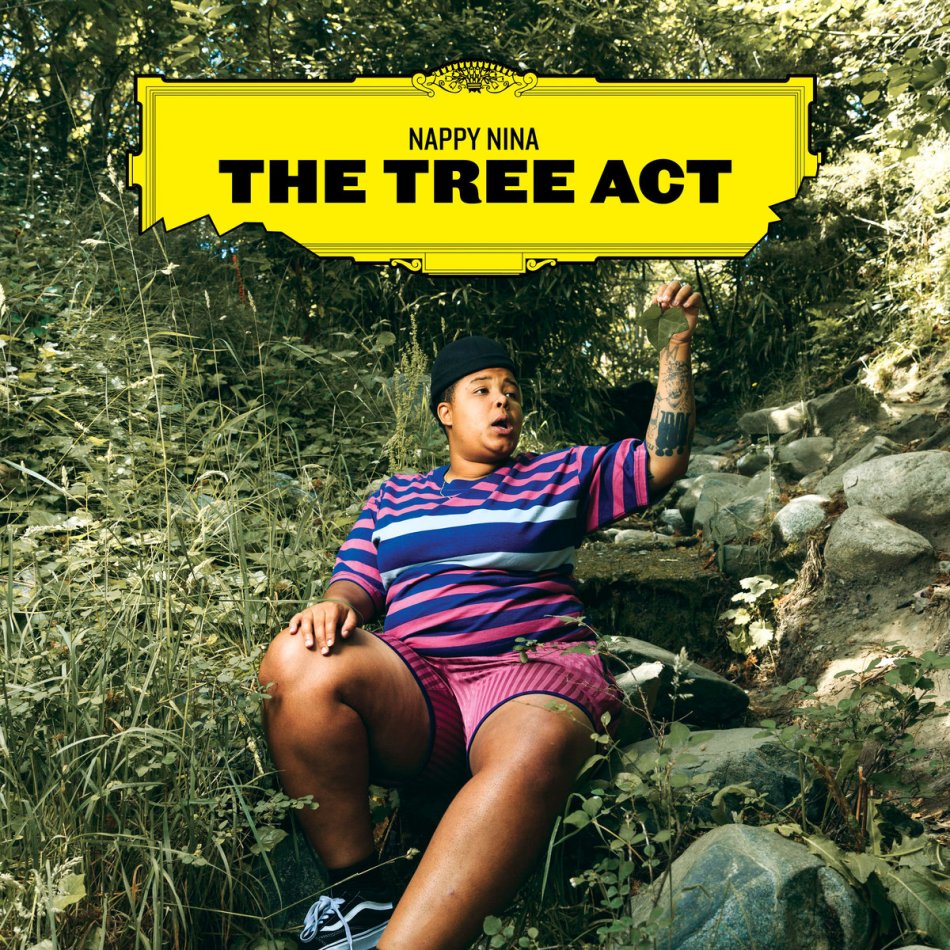 Nappy Nina is a talented emcee based in Brooklyn, but born and raised in Oakland, California. On the 29th January (yeah, I’m late but better now than never eh?) she released an excellent new album titled The Tree Act. Listening to it for the first time this week, I was completely blown away by the levels of introspection and intricate wordplay she was able to display on the record, really highlighting the extent of her talents throughout the project.

Produced by the likes of Dane, Nelson Bandela , Quelle Chris among others and featuring Pink Siifu, Stas THEE Boss, Melanie Charles, Benjamin Earl Turner, Nelson Bandela, J. Hoard and Denmark Vessey, the album is full of diverse sounds and different personalities that bring so much energy to the record. Nappy Nina is the star of the show as she meanders between topics of corrupt marijuana laws and white collar weed , white women’s rights and black women’s work, the inner woes of a black queer body in Brooklyn. My favourite tracks include “Temple Tune” for the incredible looped sample and the introspective message behind it – her past experiences, “Degular Me” for her intricate wordplay and “Naps Jam” for the futuristic beat and honest raps. There are so many more things to mention about this record, but I’ll just let you guys digest this one for yourselves.

Listen to Nappy Nina’s excellent new album The Tree Act below via Bandcamp and make sure you support!