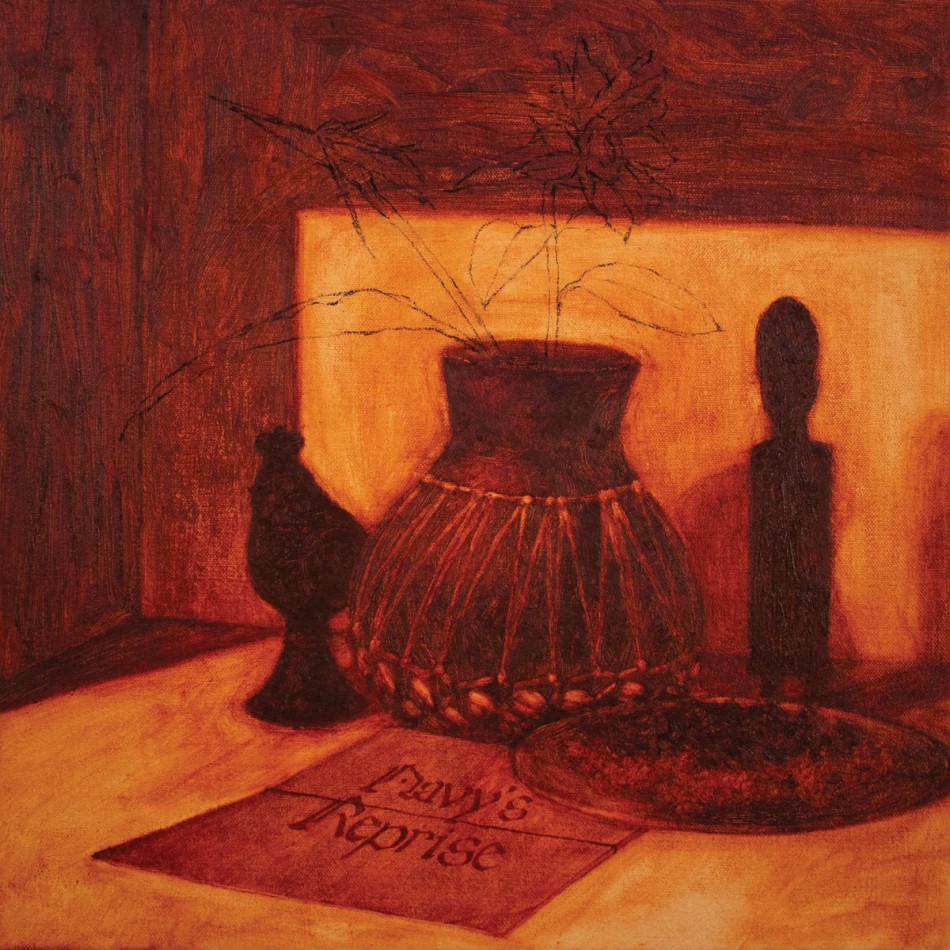 There’s just something so moving and beautiful about Navy Blue’s art. The New York-based creative has brought an emotive and vulnerable side to the independent music scene, with soul crushing verses and images depicting a more depressing side to his life, still reflecting on inner struggles that have defined himself in one way or another. On his 2020 albums Àdá Irin and Song of Sage: Post Panic! he combined soulful looped production, with boom bap drumming and ethereal soundscapes that created his animated, emotionally vivid pictures to life. His latter album especially has quickly become one of my most played of the year, with songs such as “Self Harm”, “1491”, “Breathe” featuring Yasiin Bey and “Moment Hung” capturing the pure emotive charm of his incredibly intricate canvas of soulful poetry. Navy’s Reprise “new” album (and I put new in quotation marks because it did come out in May) combines his more delicate and ethereal sound with something more punchy and out there.

The beats on this album are simply incredible. Production is handled by Navy Blue, Malik Abdul-Rahmaan, Playa Haze, Like, Alexander Spit, Evidence, Stoney Willis, Theravada, Laron, and Jacob Rochester – all of them killed it. The production is varied, with punchier, heavier moments such as “Code of Honor”, where he raps “Freedom ain’t free until we all win / I’m all in, I print the bloody hand up on the Spalding / Loss, this is something I repeat very often / Coughin'”, a powerful message of love and support for those who simply aren’t in the same position as others. His music has always centered around freedom, and themes of it are scattered throughout the album. The guitar-lead and vocal sample on “My Whole Life” are so groovy and so blues in their rhythm and soul. “Timberwolves” is a favourite of mine, just for the sheer heaviness and weight of the production. It’s one of my favourite beats of the year, and I’m yet to know who produced it out of the talented musicians who were involved with the sound of the album. “I recognise I got nothing but time on my side / Ancestors gon’ ride for me”, is a powerful and moving statement of power and self love. “Suite 11” is a prayer, to all the people in his life that have brought him love and support over the years. It’s as if Navy Blue has come full circle. from his younger years, going through the motions, doing cool shit such as skateboarding, modelling and obviously music, to now being at the peak of his creativity, making music that speaks truth to power, triumphantly owning to all insecurities and vulnerabilities he’s had and wearing his pride on his sleeve. “Primo” is exactly that – “Reaping what I’m sown, gathered all the parts / I needed to revolt, all my demons in the dark / They steady swinging low, missed me for the most times / Them other times feel the blame, took an oath”. He treats his albums like diary entries, combining his own subjective experiences with the objective truth outside his own world, through societal struggles due to political instability or climate change. This is what makes his music so earthly in nature. “Peach Cobbler”, “HGTV”, “WGOWM?” and “Heavenly Twin” are a few of my other moments on the album. “Not a Lot to Fear” closes the album perfectly, with piano keys that are sprinkled beautifully over a groovy beat, as Sage proclaims “All the fingers on my hands can’t count when I was down and out / Now I’m up and in it, sun shimmer on the darkest cloud”, a fitting end to a reflective and pure body of work.

Navy Blue’s music has an undeniable charm and warm quality to it. Wrapped within the lively, earthly, and soulful production are seeds to growth. Fragments of his experiences growing up are shared with unapologetic honesty. He’s perfectly found the balance between vulnerability and reassurance, and there’s an undeniable feeling of warm comfort that comes from a place of humility, humbleness, gratitude and love. It’s an album that celebrates life outside as much as it looks inwardly for moments of guidance and inspiration, while using a colourful and eclectic sonic canvas that captures his nuance to a tee. Navy’s Reprise is a stunning body of work that is just too sonically and thematically potent to ignore, a wonderful example of pure and raw emotion put to record. Go support this wonderful album!

0 comments on “On Navy’s Reprise, Navy Blue looks inwardly for moments of guidance and inspiration on some of the most incredibly lush and textured production this year”