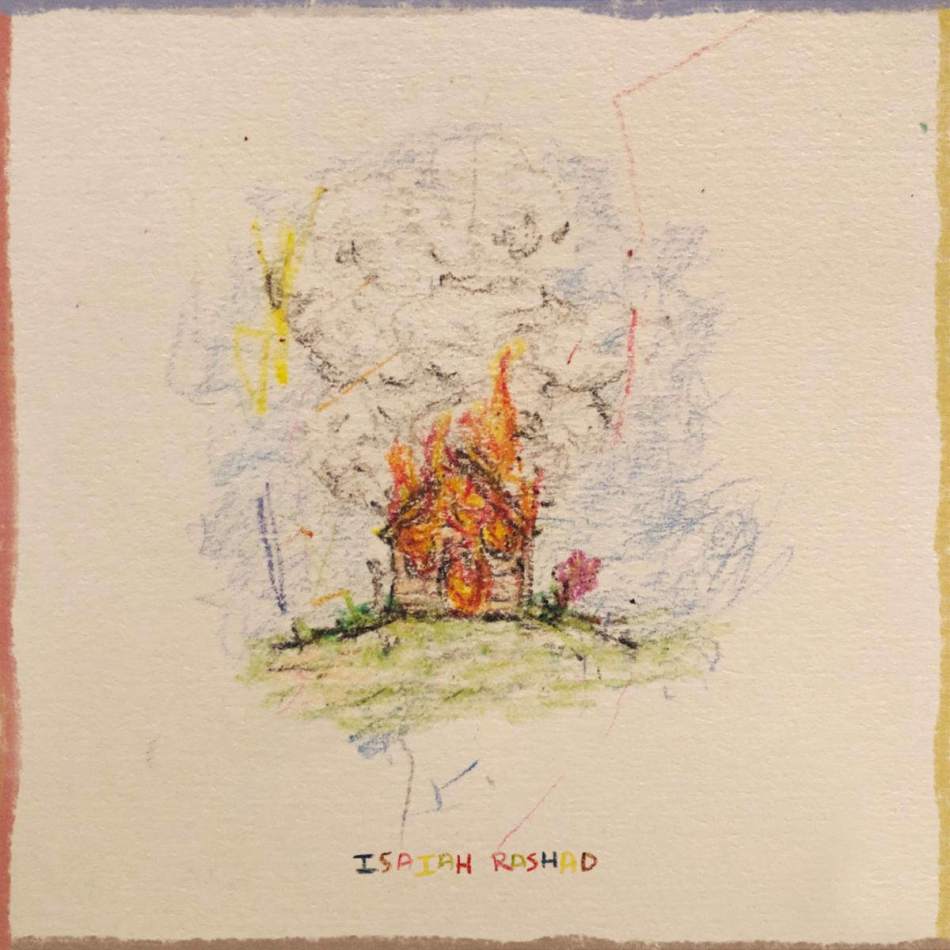 Well, the wait is over. Isaiah Rashad has released his first body of work in 5 whole years, and it did not disappoint one bit. The Chattanooga, Tennessee TDE artist has, over the years, mastered a soulful, vibe-heavy sound that I’ve been a fan of for years. 2016’s The Sun’s Tirade was an incredibly dense, lavish and soulful body of work that embodied Isaiah Rashad’s vulnerabilities beautifully, relating his own experience of fatherhood, drug use and depression through tracks that are intricately composed and utterly mesmeric. 2014’s Cilvia Demo was equally as captivating. After a little ‘hiatus’ (though 5 years isn’t really all that long, people’s expectations and the toxic music industry has made it this way), the talented emcee has released The House Is Burning, a 16-track album that is equally as captivating, punchy and memorable as his previous projects. It’s one of the most poignant major hip-hop releases of the year, and there are so many nuances, lyrical and sonic moments that just draw me in to his world.

The project kicks off with the moody and reflective “Darkseid”, referencing the DC villain of the same name. It’s an interesting opener, with its moody instrumental and reflective lyrics on doing whatever it takes to make his kids and loved ones around him happy and satisfied, despite the turmoil and toxicity that surrounds him. “From The Garden” featuring Lil Uzi Vert and is an absolute banger. Both emcees excel on this one, and the dark, bass-heavy beat is crazy. One of the things I’ve noticed on this album is the appearance of more trap-influenced production. The first official single “Lay Wit Ya” featuring Duke Deuce is another heavy, hard-hitting and dark beat that has this driving, pulsating groove that is perfect for Isaiah Rashad’s dark and reflective lyrics. “Hey Mista” is similar in its energy and visceral energy. There are so many moments on the album that I consider highlights. “RIP Young” has an incredible beat and groove, with signature Juicy J and Project Pat samples and incredible flows. The way Isaiah flows on these beats, man. Oh my. “Claymore” is another excellent moment, and Smino comes through with one of the features of the album. The second single “Headshots (4r Da Locals)” is another stellar moment, with a smooth, gorgeous instrumental and personal, animated lyrics. Another personal favourite of mine is “True Story” featuring Jay Rock and Jay Worthy. Rock and Rashad always have great chemistry and this track is no different. Pure fire emojis all around. The Kenny Beats produced “Score” featuring Sza and 6LACK is another incredible moment on the album, a smooth and poignant track with so much depth and soul. “THIB” and “HB2U” are reflective and utterly mesmeric ways to end the project, with moody, yet soulful instrumentals that captivate me until the end. On “THIB” he interpolates Goodie Mob’s iconic “Cell Therapy” with “Who’s that creeping in my window? Who’s— Who’s that— / Who’s that fucking with my conscience? I was”. The album title – The House Is Burning is a fitting one in the context not only of this lyric, but the themes of the album as a whole. It’s a metaphor for his state of mind, his mental health, yet that juxtaposition with the lighter, smoother and more soulful sound of his music makes his music so fascinating.

Isaiah Rashad’s new album The House Is Burning is a sobering, reflective and personal body of work that showcases Isaiah Rashad’s versatility as an artist, as well as his ability to create a vast and eclectic soundscape that is both soulful and hard-hitting. His introspection throughout is truly something to admire. His vulnerabilities, coupled with his views on his own life and the world around him is what makes him, and this album in particular, a special one.

0 comments on “Isaiah Rashad’s new album The House Is Burning is a sobering, reflective and personal body of work that showcases Isaiah Rashad’s versatility as an artist”