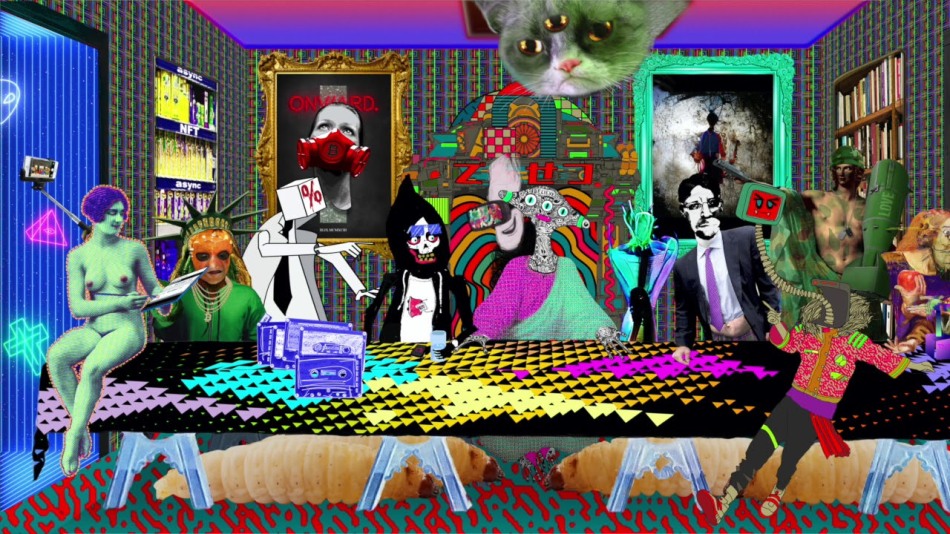 Cryptocurrencies have changed the shape of the financial industry forever, whether you like it or not. NFT’s are a form of cryptocurrency, non-fungible tokens that act as digital assets people can purchase. Them being non-fungible means that they aren’t interchangeable – each one is unique. Think of it as a piece of art. You can’t swap it life for like, each individual piece is different and hold a different kind of value. They aren’t divisible either. 1 whole NFT is 1 whole NFT, there aren’t any smaller components to it. They operate on Ethereum’s Blockchain network. In recent months, NFT’s along with cryptocurrencies in general, (though Bitcoin has been around for more than a decade now) have started gaining more attention on a broader, more mainstream level. I’m not gonna spend too much time explaining the potential power of Blockchain, it’s already well documented, but I do find NFT’s quite a fascinating concept and one I’m definitely curious to exploring further.

To those who don’t understand the value of Bitcoin, cryptocurrencies in general and NFT’s, this is probably the most important aspect of it all: price is determined by consumer demand and more generally their confidence in the asset in question. This is why Bitcoin has risen from just a few pennies back in 2010 to around $50,000 in 2021. It’s that belief in a decentralized system where supply is fixed (Bitcoin for instance has limited supply to 21 million individual coins) that makes something like Bitcoin valuable. But think about how this can translate to art. We all consume art in one way or another. We all have our favourite artists, and I’m sure everyone can attribute a value they’re willing to pay for a piece of music, film or art. NFT’s, as mentioned, are unique digital assets that can contain everything from a 3 second clip to a full album. Speaking of albums, UK-based rock band Kings of Leon are releasing their new album When You See Yourself as an NFT with 3 separate tokens – a special album package, a live show package, and an audiovisual package. Buying one of these NFT’s means you become the owner of that specific package and can enjoy the perks of these NFT’s. And since NFT’s run on the Ethereum Blockchain system, when the price of the blockchain’s cryptocurrency Ether goes in price, so does the value of the NFT. And just for context, the value of Ethereum has gone up 604.6% (from midnight GMT on the 8th March). Grimes reportedly made $6 million worth of digital artwork after putting it on auction a few days ago. It’s crazy to think about the sheer potential in having artists put their art up for auction and reaping the rewards from them. This could lead to a dissolving of major record labels and the monopoly they hold over the music industry, very similar to how Bitcoin’s rise in popularity and potential mainstream adoption is due to a lack of trust in the current financial system. Of course, there is a lot of skepticism with the value of Bitcoin and what it will look like in the future, as with any investment or valuable asset. Ethereum follows the same general principles. A lot of people look at it as an investment opportunity, but the real value is in the blockchain technology that hosts it all. There’s a lot of uncertainty but also excitement around what the future holds for cryptocurrencies, and the journey has only begun!

The benefits for artists are plentiful. For one, it can mean full ownership of art. Artists could technically go fully independent and create their own NFT’s with bundles of music, art, other media recordings etc and sell it when the the value of Ethereum and the NFT appreciates. And that full ownership aspect is key because it lets artists decide what to put in these bundles and assets, and what starting price they’re setting it at. What’s more is that NFT’s have a feature that enables royalties to be paid out to artists (usually 10%) whenever the digital asset is bought or changes owner. As the NFT appreciates in value when being sold on the market, the original owner benefits from the percentage payments. This system in my opinion is empowering to artists who want ownership of their own work. Because NFT’s are unique (the’re cannot be two that are exactly the same), they can be a tool for fighting against plagiarism. Independent artists will therefore be protected by folks trying to copy or duplicate their work on one way or another. Imagine if NFT’s can be used within news organisations as a method of filtering through all the fake news that exists… just a thought. As for the value of NFT’s and cryptocurrencies in general, while skepticism around their function as an actual financial asset will go on for years and years to come, check the price history of both Bitcoin and Ethereum since their inception and you be the judge of whether to trust them as a valuable asset or not (hint, price for both currencies have. And, although it’s just a personal belief of mine, I genuinely think that Bitcoin and Blockchain will completely change culture, finance and society as a whole, so the value of it all will only go up as its use becomes more widespread. So if you’re looking to get into NFT’s, you’re still really early to the party.

If you would like to learn more about NFT’s, check the following sources: