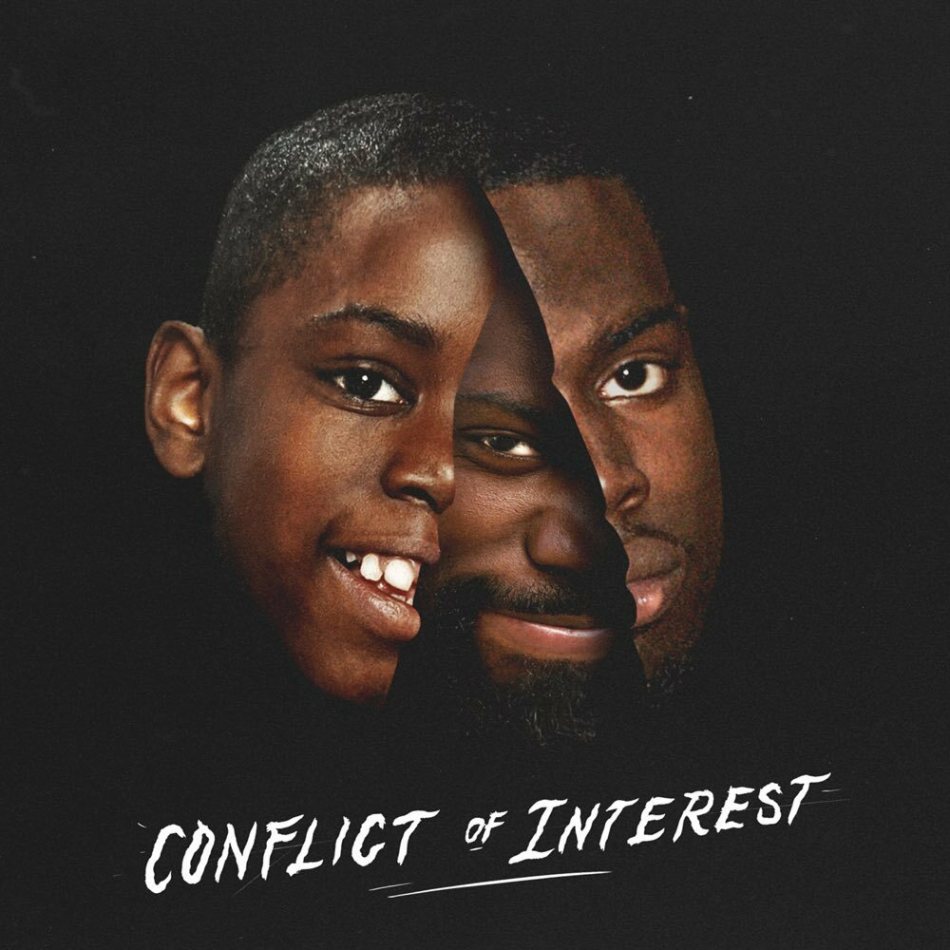 Ghetts’ influence and legacy has already been defined by greatness. He’s hungry for more though. As the East London legend proclaimed on the opening track “Fine Wine” off his incredible new album Conflict Of Interest, “I don’t care about nostalgia / My best years are ahead of me”. This is why Ghetts has been one of my personal favourites in recent years. He’s been established for 15 years and counting now, with so many more years of growth it’s truly exciting to witness. His youthful energy is infectious, with influences ranging from his contemporaries to the younger generation making important music that reflects their own experiences. I can tell he spends a lot of time with the youth, helping them in different capacities, just because of how on beat he is with the current cultural landscape within the UK. This is why Ghetts’ third studio album Conflict Of Interest may as well be his best project to date.

Ghetts is a man of many voices, many flows and many stories. The album contains a variety of different, distinctive sounds. The darker, more hectic tracks such as “Fire and Brimstone” and “Hop Out” (my favourite back-to-back moment on the project) showcase Ghetts’ more menacing side, with a fast-paced flow that is complemented by vivid stories of his childhood and younger past. His most personal moment comes of “Autobiography”, as he speaks candidly on his past experiences and how that has shaped him as a man and as an artist, as well as referencing some high profile artists in the process. One of the more captivating moments on that record was when he stated the following: “All these man say they kings, it’s just self-proclaimed / Don’t call yourself a king, you ain’t helped the game / Everybody in this ting must’ve felt the same / All I see is complaints, but we’ve only got ourselves to blame / I changed grime sonically / Waged war properly / Done the impossible / Made them say possibly / All I got in exchange is n***** tryna copy me / And people that don’t really know the culture running commentary.” It’s quite a statement to make, but one that is merited. Ghetts has already achieved legendary status. From his legendary battles over the years to his incredibly cohesive studio albums and mixtapes, the East London rapper has established himself as an elite emcee that, believe it or not, is just getting started. This is what I love about Ghetts. His continuous musical evolution is down to his closeness to the culture and respect towards the younger generation. He doesn’t sound outdated or old, by any standard. He brings his youthful energy forward on a project that feels electric. The first time I heard the Rude Kid-produced “Mozambique” featuring Jaykae and Moonchild Sanelly I nearly lost my damn mind. The differing flows, cadences and incredible wordplay on that track makes it one of my favourites on the project. The TenBillion Dreams-produced “No Mercy” featuring Pa Salieu and BackRoad Gee is immense as well, while the future garage Sir Spyro-produced “Good Hearts” featuring Aida Lee is pure feel-good vibes. A song for the summer, for sure.

What I find fascinating about this album is the fact that sonically it varies quite a lot from track to track. The string arrangements from Swindle throughout the album bring an organic, soulful touch throughout, and the smoother, jazzier moments on tracks like the Tj Amadi, Reiss Nicholas & BLK VYNL-produced “Sonya” featuring Emeli Sandé bring a lighter, more soulful and reflective tone to the project. Even the longer tracks that demand more focus and attention, such as the stellar BLK VYNL-produced closer “Little Bo Peep” featuring Wretch 32, Hamzaa & Dave sound beautiful and really captivate my attention throughout. 9 out of the 16 tracks on the album are more that 4 minutes and a half in length (with the album runtime being about 1 hour 10 minutes), which is something that may dissuade some people from listening to the entire project. But the reason I see Ghetts as being ahead of most of his contemporaries is due to his songwriting ability and the way he tells his stories. I damn nearly got lost in the music listening to the Tj Amadi opener “Fine Wine” and my first listening of the project from start to finish really felt like 20 minutes.

Conflict Of Interest is Ghetts at his absolute best. With waves upon waves of quotables and memorable moments on the album, the East London legend has been able to create a mesmeric project featuring an array of features that represent the older, wiser generation of talents that have shaped the landscape of the genre, and the newer generation of artists that will continue pushing the culture forward. Throughout the years, the UK has become a creative hub full of life and inspiration, and with this new album, Ghetts finds himself at the center of it, standing tall and proud. It’s a stunning album that will continue to be on rotation for a very long time.

0 comments on “Conflict of Interest further cements Ghetts’ legacy as one of the greatest to ever do it, and he’s only getting started”