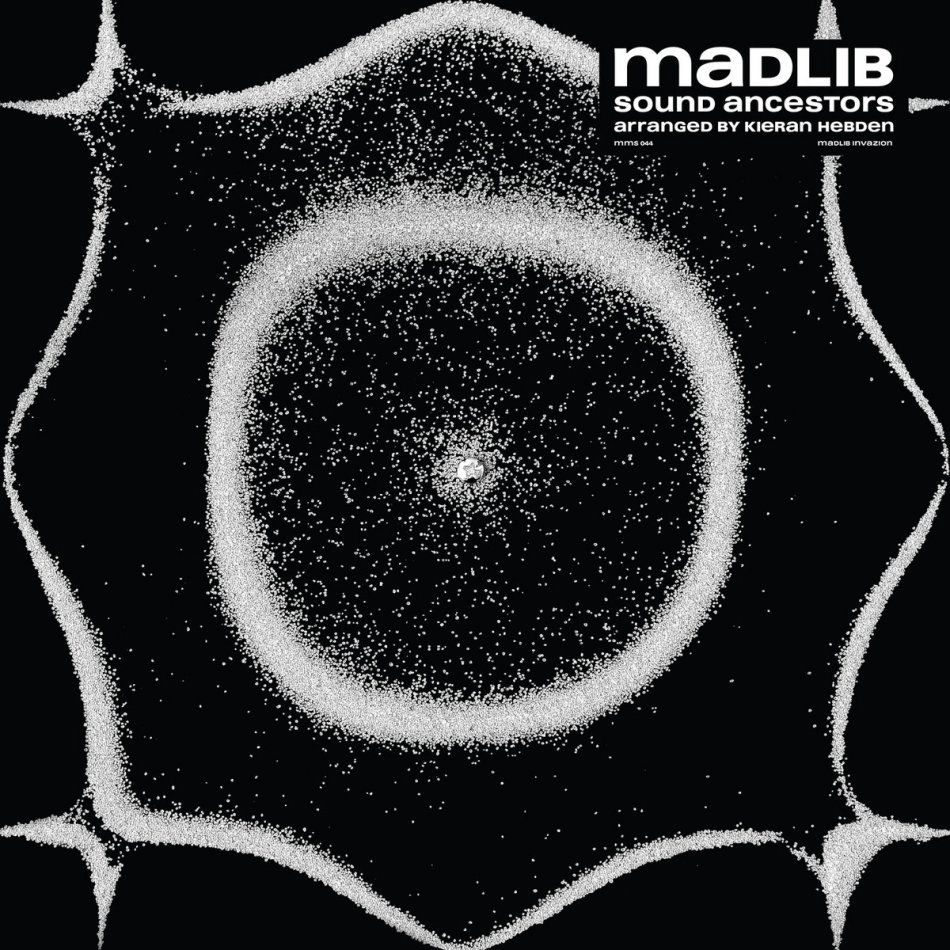 What is there to say about Madlib that hasn’t been said? The man is a living legend, a music icon who has continued to push himself creatively with each and every release. From his Beat Konducta series to Quasimito, from Madvillainy to Yesterday’s New Quintet, his music and artistry defies categorisation. Pardon My French, the rhythmic, incredibly spiritual and fascinating jazz album released along with drummer Karriem Riggins is still blowing my mind to this day. It’s his vision, his knack for creating out of any sound or sample that he can find that makes his music so enthralling and exciting to experience. Late last year, Kieran Hebden aka Four Tet, revealed that he was working on an album with the legend himself after listening to some of his beats, and came up with an idea to arrange a cohesive and free-flowing new album for him, and Sound Ancestors is the result.

Having followed Madlib’s music for more than a decade now, I’ve continuously asked myself whether he’ll ever release music that sounds subpar, uninteresting or uninspiring. Throughout his fruitful career, he’s released broken-beat and house inspired music, spiritual jazz, rock, and timeless hip-hop. He’s mastered every genre and every style, and with his new project Sound Ancestors, he’s added something truly special to his incredible and eclectic discography. What makes this album so special is that along with the incredible beats that define the overall sound of the experience, there’s is an organic and lively element to it, which is complemented by Kieran Hebden’s incredible arrangements. “Latino Negro” stands out for me, with incredible guitar leads throughout an a bossa nova groove that sounds so infectious and hypnotic to listen to. The relentless groove of the track is just so potent throughout, and the feeling I get listening to that track is echoed throughout the entire project. “Theme De Crabtree” features this bass-heavy beat that is so synonymous with his style, yet sounds so fresh. The subtle guitar and synth leads on “Riddim Chant” are amazing as well, while “Two for 2 – For Dilla” sounds exactly as I expected it to be. Bass-heavy and intricate with chopped vocal samples that complement the animated and dynamic tone of this track. The tribal groove of “Hopprock” is another incredible highlight to this eclectic and highly engaging project. The title track is an example of his genius. “Sound Ancestors” features incredible flute melodies, subtle but poignant jazz drumming, and an overpowering double bass makes it such an amazing highlight on the project. And that transition into “One For Quartabê / Right Now” is perfect. His ability (along with Kieran’s help as well) to create order among all the chaos that is his eclectic and transcendent music still floors me to this day.

All this to say, give Madlib his flowers while he’s still alive. He’s one of the greatest and most influential musicians of the last 20 years or so, and he has continued to deliver stellar music time and time again. Sound Ancestors is an exceptional body of work that showcases what we already know about the legendary producer – his versatility and gravitation towards the weird and wonderful side of music is what makes him a true musical icon.