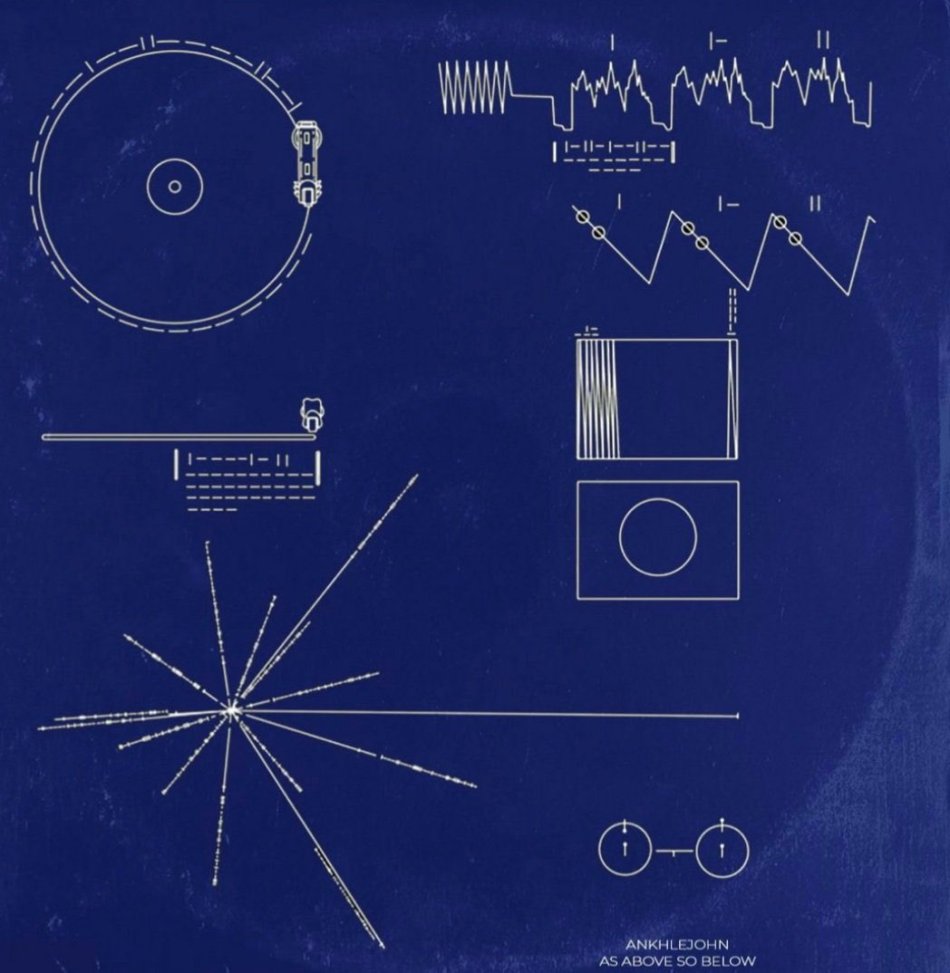 DC hip-hop musician ANKHLEJOHN has been releasing gem after gem this year. The eclectic emcee has been able to capture a gritty, dynamic and personable sound that has captured so much emotion this year that he’s become one of the most interesting musicians of the last few years. His 2020 project The Face of Jason is an example of his talents, as he showcases incredible variety and a knack for the wild and eccentric. His brand new album is titled As Above So Below, a soulful and intricate body of work that showcases his skills as a rapper perfectly while capturing a soulful tone throughout. The production is handled by Navy Blue, and it is beautiful throughout the 12 tracks on the album. There’s quite a contrast between ANKHLEJOHN’s aggressive delivery and Navy Blue’s smooth production, but it fits perfectly.

The way this project opens is truly phenomenal. The beat on “City of God” is stunning, and ANKHLEJOHN’s reflective and personal lyricism makes for an engaging and interesting listen. The dynamism of “Final Destination” makes for a great follow-up. His flow is high in energy and for some it might sound chaotic – sometimes he just raps continuously without following the melody of the beat, but again there’s something so captivating about the way he delivers his verses. More melodic and slow-paced moments are featured on tracks like “Harlem Nights” and “Man on a Mission” make for a welcome change of pace frmo the heavier more lively tracks on the project. The featured artists on this project bring some exceptional verses to the table. Navy Blue is reflective and philosophical on “Code Naming” while both Da$h and Al.Divino provide dark yet incredibly poignant verses on the eerie and unsettling “Look Beyond”. His chemistry with Fly Anakin is incredible on “Rick James” as both emcees provide intricate verses that perfectly capture the heavy and dynamic energy of this project. His flow on “2nd Coming” is crazy to me, while “Eazy Does It” featuring Wifi Gawd and Pink Siifu is an animated and soulful cut that brings the best out of everyone. “As Above So Below” featuring Wiki though might be my favourite on the project. It’s a hard-hitting and unapologetic cut featuring some fantastic verses from both emcees at the top of their craft. It’s just fantastic seeing them create a menacing and incredible closer to a cohesive and superb body of work.

Overall, ANKHLEJOHN came through with a cohesive and soulful album that perfectly captures the grit and urgency of his artistry – a perfect sound for 2020. It’s probably my favourite project of his to date, at least to me, and I hope he continues to deliver great music in the years to come! Go support!