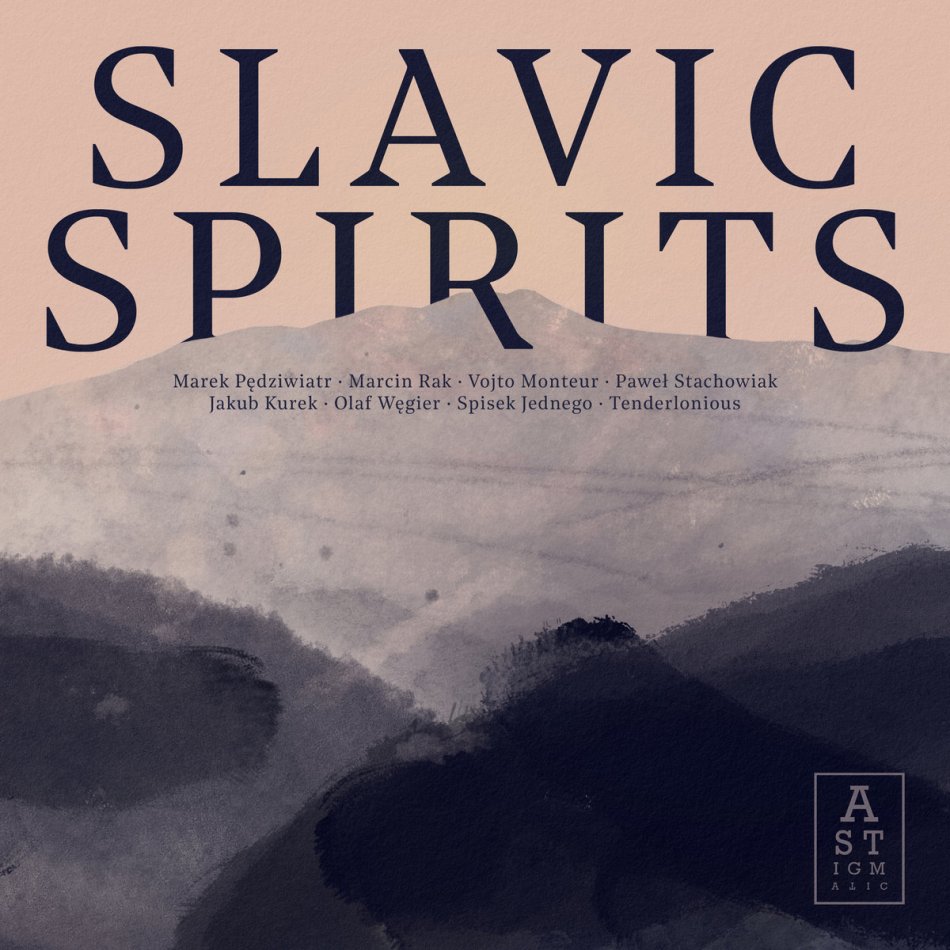 Poland’s best jazz export EABS are back with a brand new album after their brilliant 2017 debut Repetitions (Letters to Krzysztof Komeda). Featuring Tenderlonious on flute, the talented band have come through with an intense, intriguing new album titled Slavic Spirits, one which is incredibly diverse with sounds and dense compositions. There is such profound chemistry between the members, which is something they have obviously built over time, but wow, this release does not hold back.

The odd and free spirit of “Ciemność” brings off-kilter drumming and wailing saxophones and keys with an overpowering bassline a truly unsettling energy. “Leszy” follows with a 10 minute composition mixing keys, saxophone leads and percussion that really touches a chord with me. The way the beat occasionally explodes with drums and saxophone is amazing, and the synthesizer throughout this track is sublime. There are slower, more emotive moments such as “Południca” and Ślęża, which feature more synths and ethereal production, but which also explode to life with frivolous drumming and a hectic, sometimes chaotic energy. EABS continue to prove why they are one of the most talked about groups in jazz today. I remind myself of the time I watched them live in February of last year at the If Music record shop in Soho, London and at the Total Refreshment Centre. I had goosebumps then, and whenever I listen to their compositions I get the same type of energy.

I am incredibly impressed by this project, and I hope they continue growing and succeeding because they deserve all the praise they can get! Listen to EABS’ Slavic Spirits below via Bandcamp and don’t forget to support! Released through Astigmatic Records.