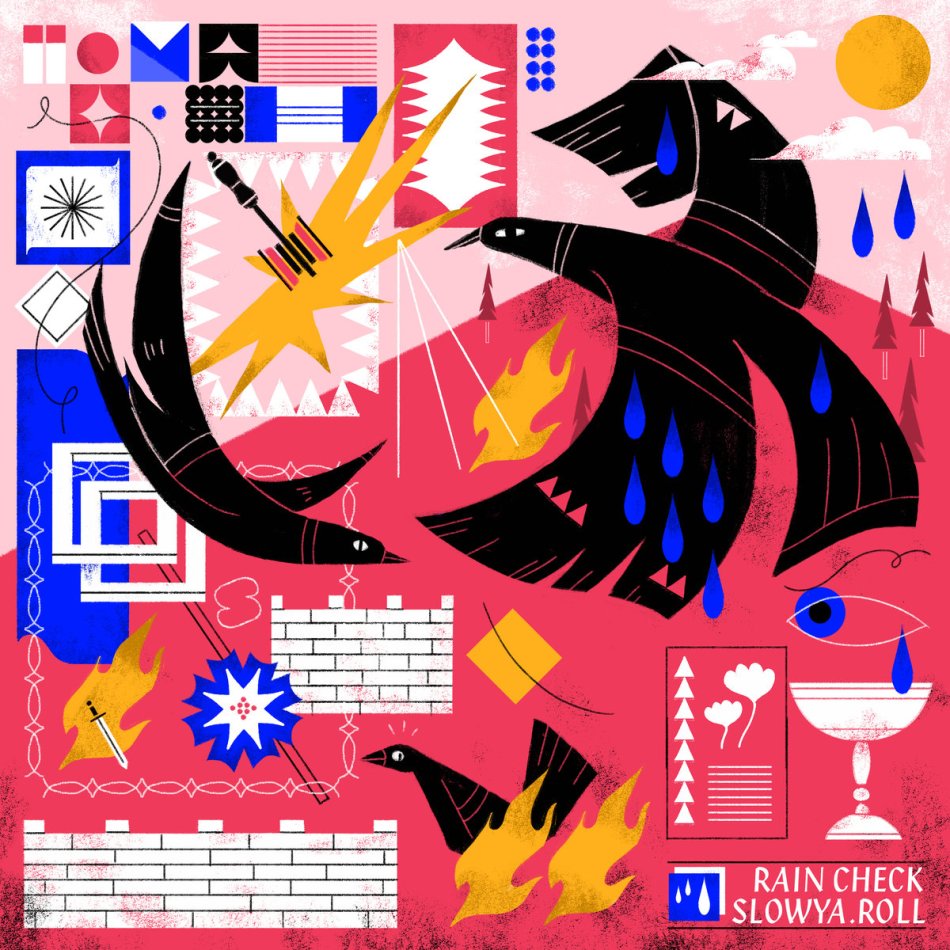 Rain Check is the debut album from talented Minnesota-based producer Slowya.roll, released on Radio Juicy. This is my first introduction to the musician, and trusting whatever Radio Juicy put out, I was excited to listen to this release. Overall, I am incredibly impressed by the lavish, smooth and hard-hitting beats throughout this album. Jazzy, soulful and experimental, Slowya.roll really impressed me with this release.

Tracks like “Chimes” and “Cut Time” bring a funky tone to the sound with wonky basslines and beats, as well as synth-heavy production that dominates the sound of the album as a whole. “Refractions” is another highlight, with the real, hard-hitting beat, synths and basslines that create an engaging sound. “Metro Juke,” as the name suggests, is more of a juke-inspired track with fast-paced production and electronic effects sprinkled throughout the track, really bringing out hectic and upbeat energy to the album. The sequencing throughout the record is fantastic and again, the energy from the bass-heavy beats makes it an engaging and fun listen. “The Wasp” is another favourite of mine for that exact reason. Colourful, textured beats that such fun energy.

Listen to Slowya.roll’s fantastic debut album Rain Check below via Bandcamp and don’t forget to support! Released via Radio Juicy.