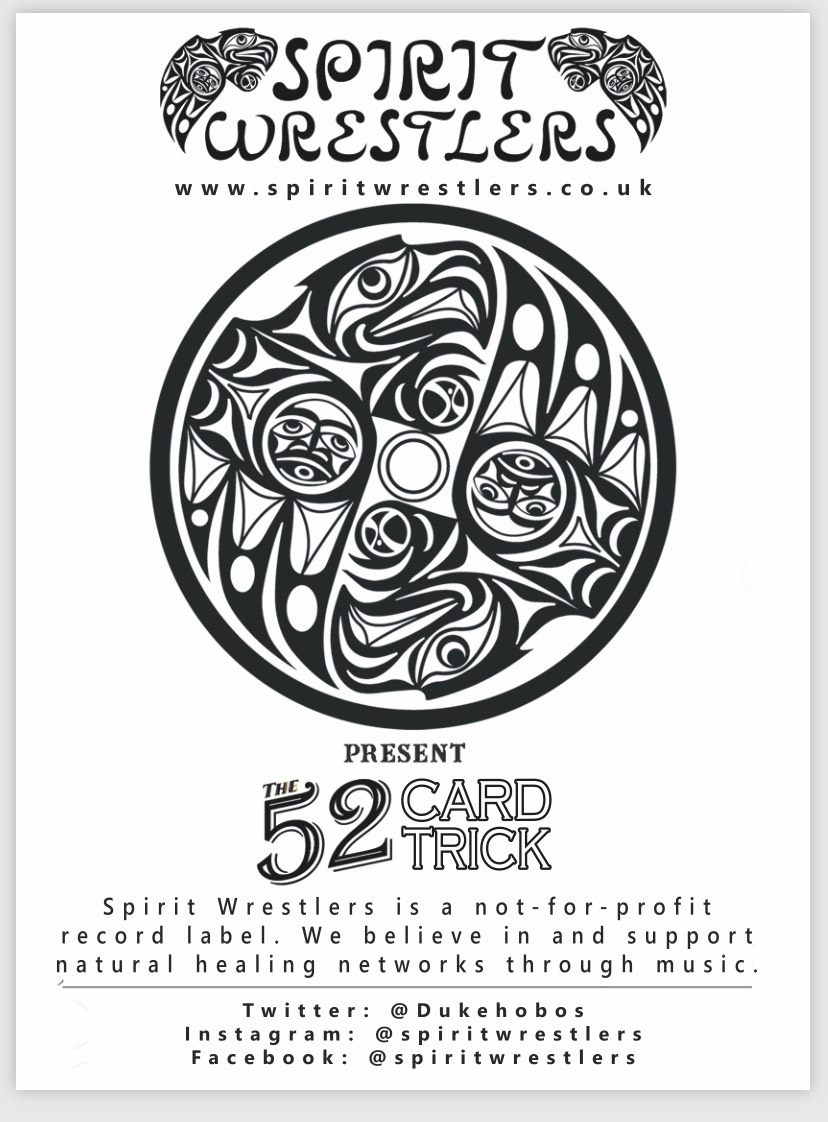 DiY free-party collective’s Pete Woosh, now known as The Peaceful Ones has announced the launch of “The 52 Card Trick,” a weekly-drop of music over 52 weeks to help raise funds and awareness for natural healing and holistic approaches to living with cancer, recovery, and prevention. From inter to outer-dimensional excursions, down-tempo to house-tempo, The 52 Card Trick will see between one and three tracks released each week via the Spirit Wrestlers record label, incorporating tracks that fit in with the project’s open ethos rather than any genre.

I was lucky enough to be invited to the launch of this exciting project last Tuesday 26th February by the Word on the Water, Regent’s Canal Towpath near Kings Cross in London. Performing live were Brownswood Bubblers Three Body Trio, electro-poets The Little Typists, and Gambian kora player Seikou Susso, who all brought something unique to the evening. The weather was gorgeous and warm, especially for a February, and it was great to be able to chill by the canal with a beer and enjoy the music.

There are a few ways to support this year-long project. One of them is to go to their Bandcamp page and subscribe to their page. There will be over 100 tracks released over the next 52 weeks and it’ll be great to support this great initiative. All the proceeds raised will be given to three non-government funded grassroots organisations and charities supporting people healing naturally whilst living with cancer.

You can access the Bandcamp page here. Thanks a lot for all the support and interest, hope to see some of you at these events, I will be updating you on them as they come.