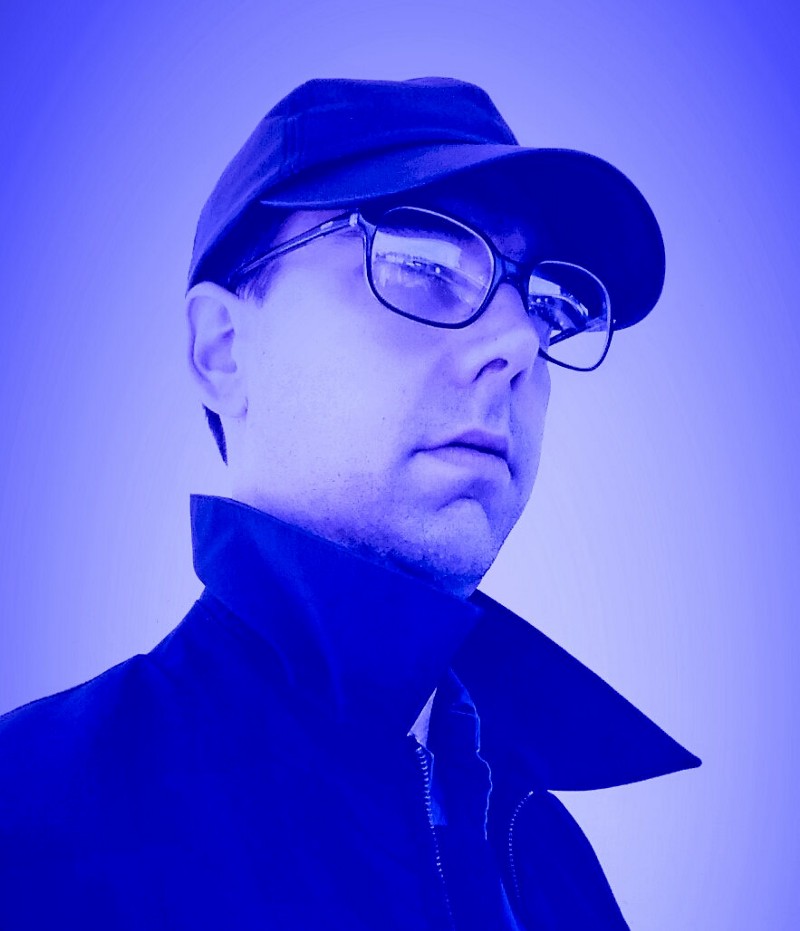 Heavy themes on space and machinery have been exploding over the past couple of decades. After the postmodern revamping of popular culture, new ideas and results have been articulating those themes and topics in the changing world. A world which people anticipate new machinery and other solar systems they’ve never seen.

Now that the world is changing at an ever-rapid pace, culture is catching up for the sake of its survival. Competent artists understand that well. So as to keep their image alive through the span of evolution, their craft also must assimilate to modern times.

Although not much of a household name, Moon B has been consistent with his material for the past few years. A selection of projects is sitting on his Bandcamp page, waiting for the arcane venturer to discover the world he crafted.

Moon B is a German-based Electronic and Dance producer belonging to the multiple locally known labels such as Voltaire Records and Hobo Camp. If anything describes his music, it would probably be ‘lo-fi’ or ‘hypnotic’ music, but even that would be an understatement.

On his Bandcamp page under his bio, a fellow writer by the name of Reed Scott Reid quoted this to say about Moon B’s music:

“At once sultry and spectral, ghostly and hot, Moon B records an intuitive dialogue between source and process that constitutes a hypnagogic work of freakishly funky salvage.”

Moon B rummages from beneath the earth. It’s Electronic music that has been slowed down to a pace that induces sleep but implements noises that keep you enticed. It’s the type of music you listen to in isolation, under a dim-lit desk lamp in the midst of a nocturnal snow storm.

I like to use his music as background noise for when I’m studying or working on other projects. It eludes something that’s dreary, but not meant to be referenced in a negative connotation.

There is an interesting, symmetrical pattern divide between thumps, warps, reverbs, and samples used to make the cloudy tune that seems to capture each of his tracks. His music muddles through fogs and smoke, puddling through an enchanted landscape that makes the experience all the more serene.

My favorite project from his discography is II. The project holds eight tracks of the warm, cloudy tracks that do much more justice to describe than any translator could. The track Those Moments is one of the more subtle tracks to be introduced to his sound.

It is more polished in clarity than the other tracks here, which add-on to the variety of contortions he conducts with his distinguished sound. It combines aspects of Funk and 1970’s Soul music with a futuristic spin on the cohesion.

A track a little more rugged in sound is Green Sky. The track holds the components of Those Moments with the Funk attached with galactic grooves, but with a little more grit.

The intention may not lie within the themes of outer space, but the sound is nonetheless out of the world. Moon B utilizes arcane instruments and sampling to conduct a piece of timely presence and, as a result, melodic noise.

Heavenly, nebulous, or just unique, as some of the adjectives used to describe Moon B’s effect on music.

As many more artists in the near future pursue their pursuit of translating their personality into noise, Moon B will always be a hidden gem within the saturation of sound play in modern life.

Listen to Moon B’s self-titled album below as well as other of his releases via Bandcamp below, and don’t forget to support!

0 comments on “Profile: Enjoy The Noise of Space with Moon B”