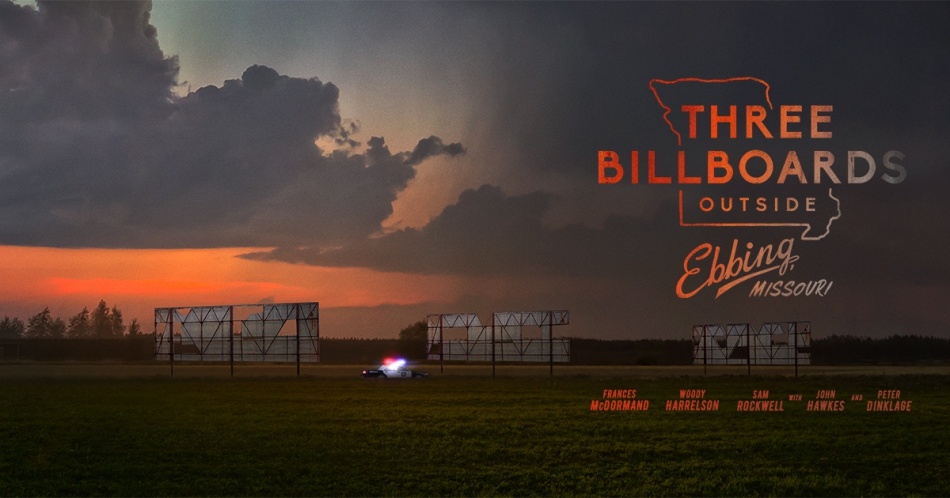 Directed by Martin McDonagh, Three Billboards Outside Ebbing, Missouri follows the story of  a Mildred (played by Frances McDormand), a grieving mother trying to seek justice for the brutal killing of her teenage daughter Angela, seven months prior. Using a unique method to raise in question the murder enquiry of her daughter, she uses three billboards outside Ebbing, Missouri to write sequenced messages which targeted the police’s inability to find the killer and make the arrests. It is essentially a story about the damaged relationship between a grieving mother, and an incapable yet hard-working police force. 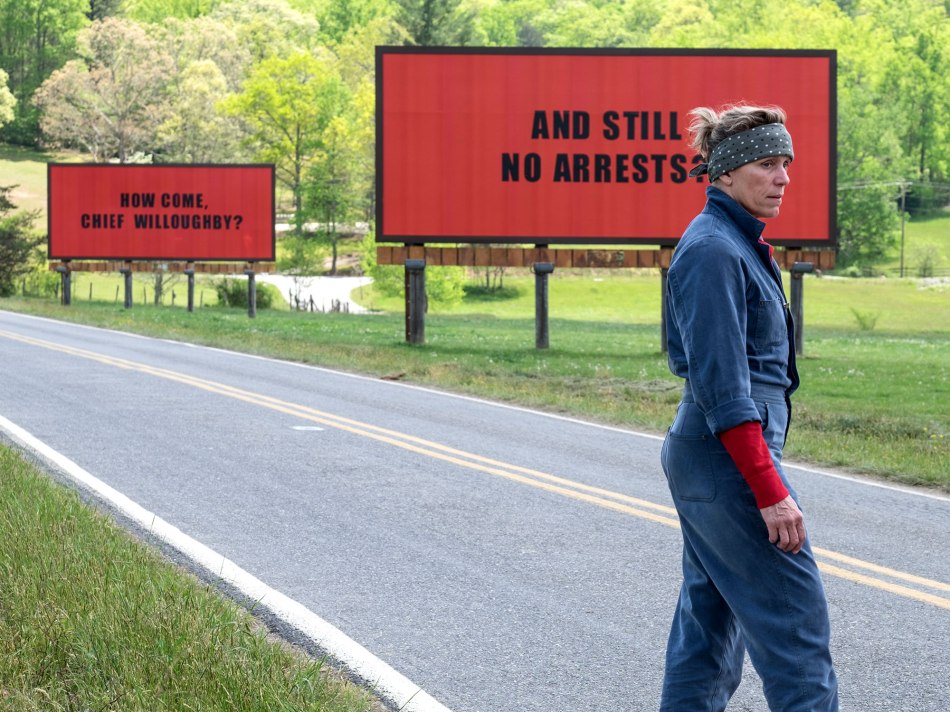 The first thing to highlight are the performances. This is easily Frances McDormand’s best role yet, who portrays the grief and frustration of a desperate mother, unwilling to give up faith and strength. Her character is strong, with attitude, wit and while it doesn’t seem it on the surface, empathetic towards the people who are really willing to help her. She deserves the Oscar for best actress in a leading role for her stunning performance. Woody Harrelson’s portrayal of Chief Willoughby is nuanced, subtle yet overpowering in some moments, and Sam Rockwell gives one of the performances of his career with his portrayal of Dixon, an incompetent, drunk, angry yet somewhat sympathetic police officer who doesn’t take his job seriously yet cares deeply for Mildred and her daughter’s loss. Maybe an Oscar for best actor in a supporting role? I think so.

The humour of this film is at times subtle, at others quite explicit, but the chemistry between the characters on screen is what made it so enjoyable and entertaining to watch. Even the most difficult scenes with sprinkled with subtle yet hilarious lines which livened up the specific situation in question. At times the pacing of the film was a bit slow, maybe mirroring the patience Mildred needs to have to find justice for her teenage daughter. Some would probably perceive Three Billboards as a boring, directionless film, but it so much more than that. It tells a story about grief, the effect on relationships (how they strengthen or deteriorate over time) and about justice. Yet, despite this, the film felt hollow at times – not in terms of it lacking emotional depth, but more the fact that the soundtrack and mood of this film at times made me feel off, like something big was left unanswered. It is difficult to explain, maybe another viewing is needed to fully digest the emotional impact of the film, but the hollowness perhaps comes from the fact that there was no justice, or even answer to the murder of the young girl.

The humour, darkness and performances however, made Three Billboards Outside Ebbing, Missouri a very entertaining and enjoyable experience. I recommend it.