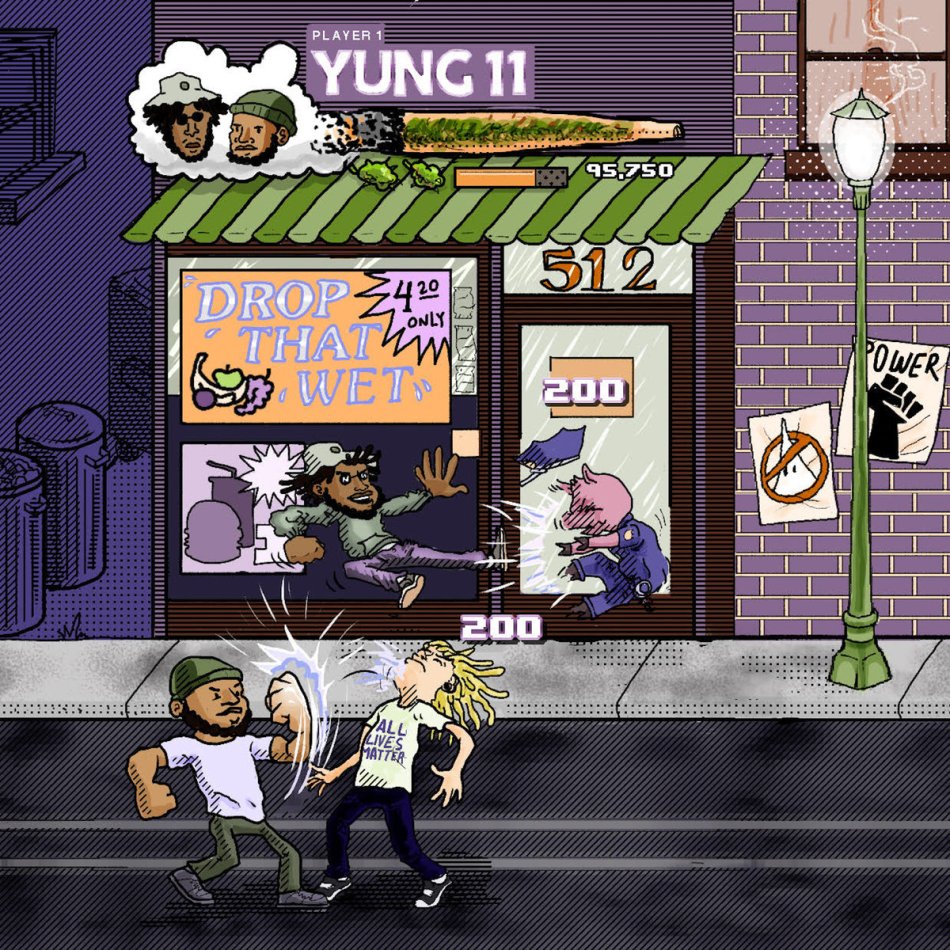 Yung 11 is a collaboration between dope rapper Yung Morpheus and talented producer haNN_11. On their new project Drop That Wet, they delve into cosmic riddims and introspective lyrics. It’s an album that echoes the experimental jazz vibes coming out of the underground hip-hop scene within the US. Yung Morpheus’ dark and gritty tone is so goddamn raw, and is accompanied by clever wordplay, self-evaluating lyrics and truths about the ugly side of human nature. An example of this is on ‘$$$’ where he talks about  how using money as a determinant for success or being ‘real’ is completely a completely wack concept. I can write for days about Yung Morpheus’ lyrical prowess, because the guy, at least in my eyes is a genius. I’m going to leave it to the music to do all the talking.

The production on this album, handled by Philadelphia producer haNN_11, just sets a psychedelic, soulful and glitched out  vibe and a tone to the album. There is a nuanced balance between his murky, dark and futuristic beats with more cosmic jazz ones, making for an animated and head- bob heavy listen. It is one of the best albums I’ve listened to so far this year, so it is worth your time if you’re looking for this kind of music.

Listen to Drop That Wet on Bandcamp, but most importantly, buy and support the music. Released via Hot Record Societe, who are a label you need to look out for!