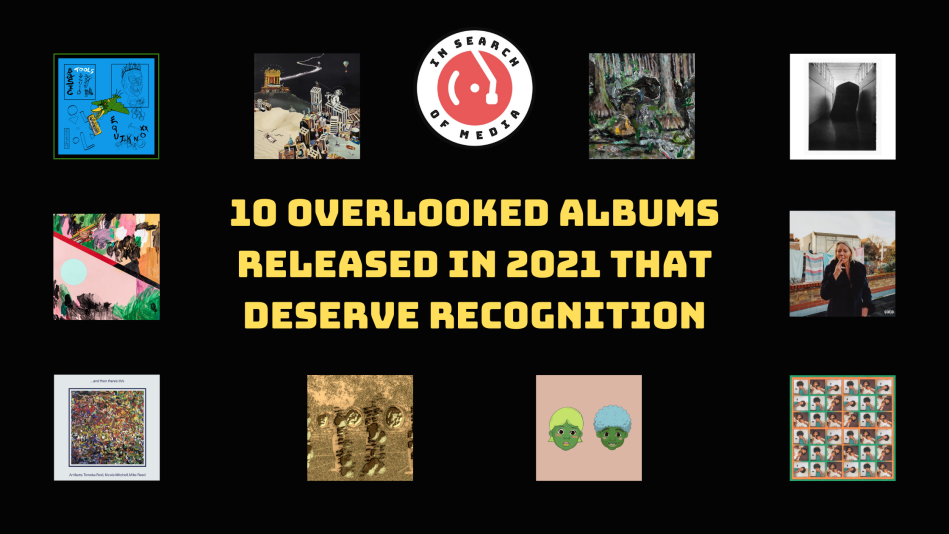 Over the last few years, London-based singer and songwriter George Riley has established herself as one of the most exciting new vocalists to come out of the city in quite a while. Along with one of my favorite producers Oliver Palfreyman, she’s come through with a smooth, soulful and eclectic body of work that features some of my favorite r&b songs of the year (“cleanse me” and “power” being among my favourites). The vulnerability and purity she’s able to evoke through her soulful, smooth-like-honey voice is commendable, and if this is one of her first projects, I can only imagine how crazy her growth is going to be over the next few years. She’s a star in the making, and so is Mr Palfreyman, who I also hope has new music coming soon!

Joy Orbison is known in the UK Underground as being an absolute pioneer of dance music. The London-based musician has come through with a new mixtape titled still slipping vol. 1. On this project, the legendary producer delves into more subdued, melodic compositions, still creating vast, groove and beat-heavy music that is engaging and so memorable. It’s an eclectic and sonically diverse body of work, with smooth and soulful moments, as well as more energetic and thumping club-influenced moments that are just incredibly engaging and wonderfully composed. It’s a mixtape that I’ve been listening to quite a lot recently, due to its meandering compositions and sonic unpredictability.

This album somehow slipped my regular music rotation when it came out, but it definitely deserved a proper review and breakdown. Chicago-emcee Defcee has released an absolute gem of a hip-hop project with upcoming legendary producer Messiah Musik titled Trapdoor. It’s a lyrically dense body of work, with abstract yet intricate lyrics that capture his intellect and wisdom perfectly, and over dusty, knocking production from Messiah Musik, who hasn’t missed a beat yet. With feautres from the likes of Alaska, Curly Castro, PremRock and Armand Hammer among others, I knew going into this album that there would be so much to uncover and study, so I’m excited to get to know it more in the coming weeks, months and years.

YUNGMORPHEUS has had quite a busy year. The talented LA- based artist has released quite a few great hip-hop projects, but the one that stuck by me the most was his collaboration with New York producer ewonee titled Thumbing Thru Foliage. With 12 tracks of thumping, soulful boom-bap production and incredible flows and lyricism, this project is a pretty great one, with both artists pushing each other creatively to make a project that feels raw and organic, while keeping this crazy, hard-hitting energy throughout. It’s a truly great body of work.

Do Nothing are a band my good friend Josh introduced me to. The Nottingham-based group came through with an exceptional EP last year called Glueland, with emphatic guitar and synth-heavy compositions that are incredibly dense, frantic and riveting from start to finish. Rough, harsh guitar riffs, moody vocals and crazy drumming, this project does not skip a beat, hitting me at full throttle, just relentless throughout. And even though it’s just 5 tracks and 18 minutes in length, each and every moment hits me in a way few post-punk projects have last year. This is what makes the listening experience worthwhile.